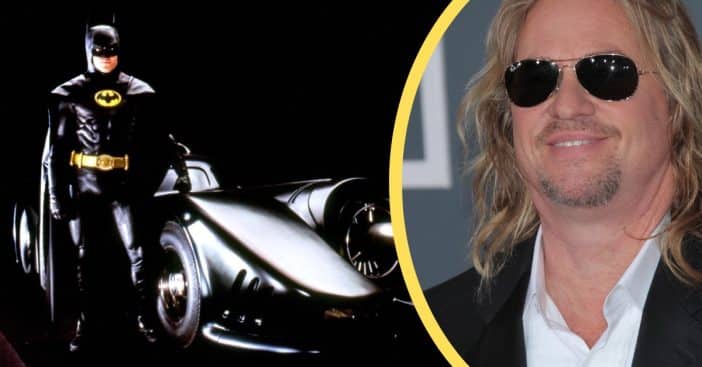 Many actors have donned the mask of the caped crusader, from Christian Bale in a gritty revival to Adam West embracing a campy presentation. Val Kilmer joined this list when he played Batman in the 1955 film Batman Forever, and it’s a role he says he’s open to reprising.

Since 2015, Kilmer withdrew from the spotlight after he was diagnosed with throat cancer. The resulting treatment on his trachea extensively damaged his vocal cords. He made a grand return by once again playing Iceman in 2022’s Top Gun: Maverick. Kilmer recently suggested he’s ready to keep this momentum going with another familiar role.

Val Kilmer would return as Batman

IGN: Specifically, we now have multiple universes in comic book movies where actors who've played Batman or Spider-Man in the past team up with the current actor playing the role. Would you have any interest in playing Batman/Bruce Wayne again even in a cameo?

Batman Forever starts not exclusively with a hero confronting some formative antagonist. Rather, it’s the hero playing someone else entirely. Director Joel Schumacher saw Kilmer’s performance in 1993’s Tombstone as Doc Holliday and could easily picture Kilmer as Batman. Around that time, Michael Keaton declined to reprise the role of Batman, leaving the spot open for Kilmer, an offer Kilmer accepted even before knowing definitively who would direct or what the script would involve.

RELATED: Val Kilmer Opens About His Recovery From Cancer And Voice Loss

So began the Batman era of Kilmer. Jump ahead to 2022 and Kilmer has filled the years with some remarkable tales. With his appearance in Maverick, fans have been eager to learn what might be next for the actor. IGN’s Jim Vejvoda conducted an interview over email to discuss just this. Vejvoda noted “we now have multiple universes in comic book movies where actors who’ve played Batman or Spider-Man in the past team up with the current actor playing the role.” Would Kilmer be interested in such a project as Batman, “even in a cameo?” Kilmer answered, “Yea please.”

Perhaps the biggest example of what Vejvoda mentioned is Marvel’s recent Spider-Man movie, which acknowledged past actors who played the Web-Head. While Kilmer is open to an idea like this for Batman, he also would not mind returning to a franchise without alternate timelines; he specifically mentioned wanting to do a sequel to the crime drama Heat. Kilmer said he trusts director Michael Mann to do the job right.

As for the sequel he’s already been a part of, Maverick, Kilmer basked in the nostalgia of it all. He revealed, “During the first film we had a blast as young actors! On the new one, it was just nice to be with Tom [Cruise] and get the chance to connect again!”

What do you hope to see Kilmer in next?