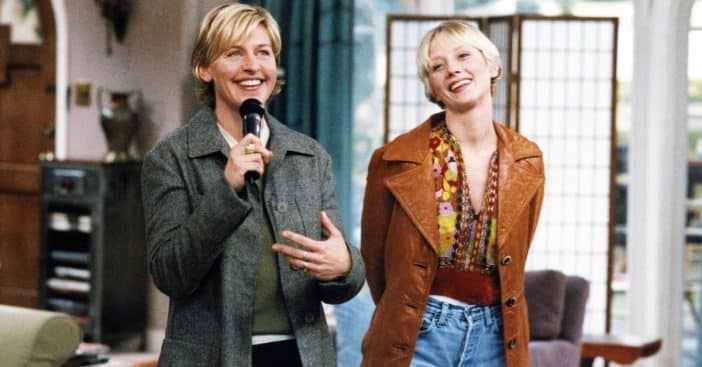 Ellen DeGeneres responded to the news of her ex Anne Heche’s death at 53. She sustained major injuries after being in a car crash and was taken off life support and died from a severe anoxic brain injury.

Ellen tweeted, “This is a sad day. I’m sending Anne’s children, family and friends all of my love,” on Aug. 12. She has not posted anything on Twitter since. Ellen and Anne dated from 1997 to 2000 and were one of the first same-sex relationships who were open and appeared on red carpets together in Hollywood.

This is a sad day. I'm sending Anne's children, family and friends all of my love.

Ellen was reportedly approached by a photographer earlier this week and asked questions about Anne’s condition. She said, “We’re not in touch with each other, so I wouldn’t know. I don’t want anyone to be hurt.”

RELATED: Just In: Anne Heche Dead At 53, A Week After Tragic Car Crash

Back in 2020, Anne talked about their relationship and how it changed things in the world. She shared, “Our time was a beautiful part of my life and one that I wear with honor. I was a part of a revolution that created social change, and I could not have done that without falling in love with her.”

After they broke up, Anne went on to marry Coleman Laffoon and they had one son together. After they divorced, she married James Tupper. They also had a son together. Her son Homer Laffoon said, “My brother Atlas and I lost our Mom. After six days of almost unbelievable emotional swings, I am left with a deep, wordless sadness. Hopefully, my mom is free from pain and beginning to explore what I like to imagine as her eternal freedom.”

Click for next Article
Previous article: ‘One Life To Live’ Soap Opera Actor Robyn Griggs Dies At 49
Next Post: ‘A League Of Their Own’ Television Show Seems To Be A Success So Far