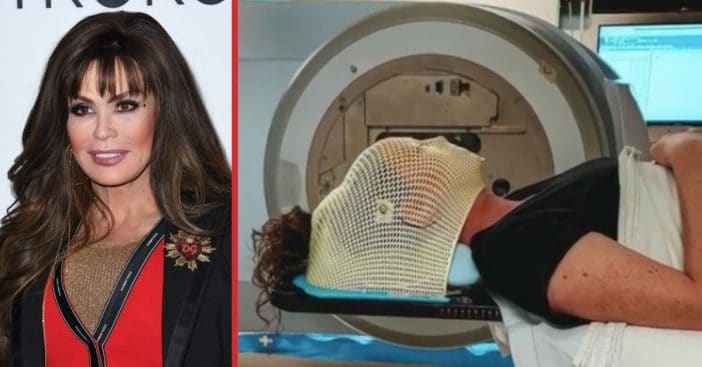 Marie Osmond is asking fans for prayers and support as her family friend, Brynna, has 25 brain tumors near her brain stem. “Brynna is my best friend Darla’s daughter-in-law and is like another daughter to me,” Marie explains on Instagram. “I have watched her from the time she started to date her husband, to the accomplished woman and mother she is today. Her husband, Austin, is a son to me and my attorney, and their three children are like my own grandchildren … she is FAMILY. And, she is very ill.”

Alongside the caption was a video of Brynna getting an MRI. On Marie’s official website, she reveals that doctors gave Brynna three months to live after discovering her rare case of brain tumors. However, Brynna is doing everything she can to save or extend her life.

Brynna has a rare case of 25 brain tumors, but is doing whatever it takes to extend her life

After discussing with her husband, Brynna decided to undergo a biopsy surgery even though it may come with complications later on. Despite this, Marie said the surgery was an “absolute miracle” as Brynna “walked out of the hospital on her own three days later.”

“I’ve watched and wondered in utter amazement how she’s found the strength and will to push through these past few years and now these horrific treatments? Her response to me was, ‘My Faith.’” Marie reveals. “She also has the most amazing support in her husband, family and friends. No one is or could be more loved.”

Marie has previously talked about her relationship with Brynna’s mother-in-law, Darla. “We’ve been friends for 43 years,” Marie admits on The Talk. “I’ve never met anybody who was driven as hard as I am. And yet [we have the same priorities] where family is everything to us.” Prayers for Brynna during this time!

RELATED: Marie Osmond Says She’s Not Leaving Her Children Any Money After She Dies