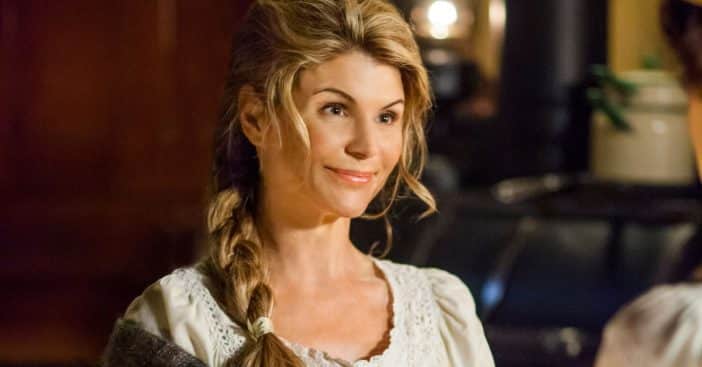 Since the fallout of the 2019 college admissions scandal, Lori Loughlin has had limited appearances, both for general public sightings and for work. The Full House alum was released from prison in 2020 after also facing a fine of $150,000. Upon release, she also had to complete 100 hours of community service. Loughlin volunteered at Project Angel Food and she has called her time there very enriching.

Loughlin has already made her return to acting but only just participated in her first post-scandal interview, seen in a video from KTLA as part of its Lead with Love 3 telethon. Other stars participated, including Eric McCormack from Will & Grace. What has Loughlin been up to with her volunteer work?

Loughlin began fulfilling her community service obligations just before a court-approved trip to Mexico back in 2021. Since then, she has fulfilled this requirement but she has continued to volunteer with the organization, whose website outlines that it “prepares and delivers healthy meals to feed people impacted by serious illness, bringing comfort and hope every day.” A source told Page Six, “She continued to volunteer on a weekly basis, every week, making deliveries. She doesn’t do this for show. She’s very quiet about it, but she shows up every single week. It’s become a weekly thing for her. It’s a part of who she is. She really loves this work.”

Loughlin has expressed such sentiments during her first interview. “I’ve been working with Project Angel Food for a year and a half now, and it’s been one of the most rewarding experiences of my life,” she said. “I got to work everywhere – packed a lot of cereal, and I’ve packed a lot of fruit. Bags and bags of fruit. . . . My favorite is doing the deliveries. I have the same delivery route, once a week, and I see the same people, and it’s so nice to make that connection with those people. Often, they are unable to leave their homes.”

Lori Loughlin helped and was helped by Project Angel Food

Offering a helping hand has been a two-way street, Loughlin said of her time with Project Angel Food. “They have welcomed me with such open arms at a time when I was feeling particularly down and broken,” she said of the organization. “That’s how I found a home here, and that’s what I feel like they did for me, and that’s why I’m so proud to be here and working with this organization because they really do care. It’s really a community.”

As far as acting goes, Hallmark and Netflix mostly severed ties with Loughlin. However, GAC has taken her in. Loughlin was originally in When Calls the Heart, only for her scenes to be removed after the scandal unfolded. She won’t be back there, but she was brought into When Hope Calls; working with GAC brings her into the same sphere once again as her Full House colleague Candace Cameron Bure, who has been part of a migration of Hallmark actors to GAC.

Click for next Article
Previous article: Wendy’s Unveils New ‘Emo’ Version Of Its Logo Wendy
Next Post: David Hasselhoff Turns 70 And Says ‘Life Is Just Beginning For Me’