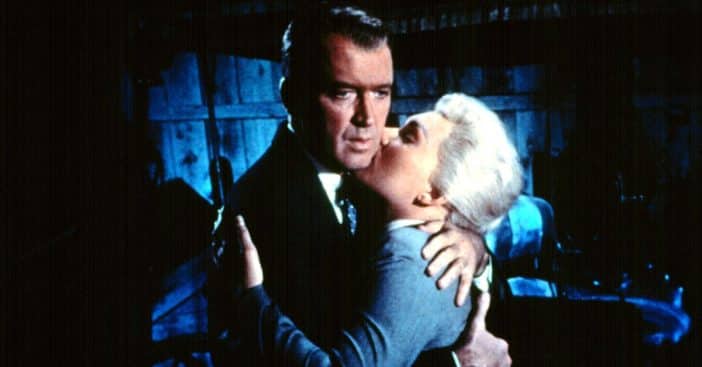 On the big screen, James Stewart became known as a steadfast and earnest man of the people, the kind of man with untarnished kindness audiences wanted to see win – and wanted to see more of in life. But like a true actor, especially one from the Golden Age of Hollywood, he had versatility; his characters were not always wholesome and pure like Mr. Smith who journeyed to Washington to protect vulnerable land. While performing is all about being someone the actor is not, some of these darker emotions that Stewart could tap into came from a personal place; specifically his time in World War II.

The Selective Training and Service Act of 1940 was the very first peacetime draft in U.S. history and required all men between ages 21 and 45 to register for the draft. Circumstances could see people of all walks of life exempt from this mandate. But James Stewart was one of the first in Hollywood’s ranks to enlist in the army when the U.S. entered World War II. This would be a definitive moment not just for his personal life but also for the shape of his craft after the fact.

James Stewart before and during World War II

Stewart’s acting career began in ’32 in University Players’ productions. Through a mix of great friends and great acting, Stewart became a show-stealer on Broadway. After a few promising starts and sudden stops, he gained a solid footing thanks to a lead role in 1934. During his contract with MGM, the papers wrote that he was wasted in bit rolls, though the studio did not yet see him as dedicated leading material. It was stage and film star Margaret Sullavan, who was also a friend of Stewart, who demanded his presence opposite her in 1936’s Next Time We Love, and that’s when audiences were treated to a box office success that starred Stewart showcasing his approachable, wholesome image from life into his work. From there, romantic comedies typically defined his filmography, the better to establish him as an everyman that audiences could cheer for. Remember, this is the man who became synonymous with the mid-20th century ideal character.

This image is perhaps best embodied in his 1939 film Mr. Smith Goes to Washington, where he played a typical American – it just so happens that he dared to bring his earnest compassion into the messy world of politics while genuinely representing the voice of the people. This came just on the eve of his enlistment and subsequent service in World War II with the Army Air Force. His fame clashing with his chance to serve upfront was a risk Stewart did not want to suffer. He could not have known at the time, but Stewart would indeed engage in active service and become a highly decorated member of the service who advanced with unprecedented, meritorious rapidity due to his actions. While his military career was commendable, it also bled into his acting work.

James Stewart after World War II, but still in it

After working with award-winning director Frank Capra, who himself is considered a symbol of the American Dream, Steward reunited with him after the war for a new project with a new flavor: It’s a Wonderful Life. In a relatively short time, Stewart would go from a hopeful Boy Rangers leader to a depressed banker whose dreams left him behind. These feelings culminate in a suicidal final plea to God, a speech that Stewart now had a personal fount of inspiration to draw from to perform. How do we know? Stewart revealed as much back in 1987 to Guideposts.

“As I said those words, I felt the loneliness, the hopelessness of people who had nowhere to turn, and my eyes filled with tears. I broke down sobbing. This was not planned at all,” Stewart admitted. “Frank, who loved spontaneity in his films, was ecstatic. He wanted a close-up of me saying that prayer, but was sensitive enough to know that my breaking down was real and that repeating it in another take was unlikely.” After his service in World War II and after Stewart tapped into the emotions it left him with, Pandora’s box was open and he added a whole new type of character to his roster. He would appear in Alfred Hitchcock’s Vertigo and unraveled a messy courtroom drama in Anatomy of a Murder. The subject matter of his later films could be anything and Stewart had a real place to take inspiration from, even for the darker, heartbreaking emotions.

What is your favorite movie starring James Stewart?

RELATED: The Little Girl From ‘It’s A Wonderful Life’ Never Saw The Film Until She Was 40 Years Old

Click for next Article
Previous article: Why Christie Brinkley Says She’ll ‘Never’ Use Dating Apps To Find Love
Next Post: How To Identify And Protect Yourself From The Brown Recluse Spider