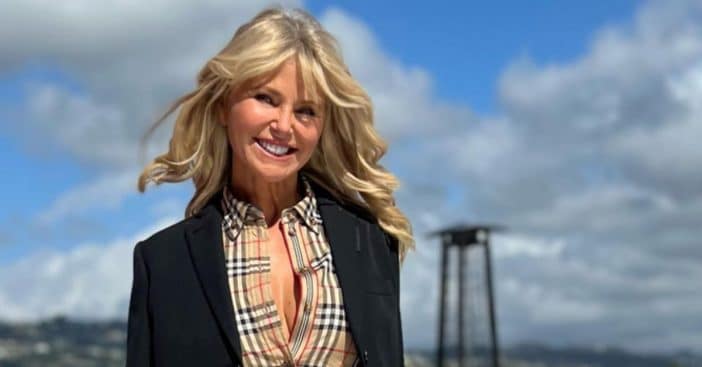 At 68 years old, Christie Brinkley has made a name for herself as a swimsuit model, actress, and entrepreneur with her own line of beauty products. She has been married four times between 1973 and 2008. In that time, the way people can meet, date, and fall in love has changed and, sometimes, gone digital. But Brinkley has adamantly said she is not about to use dating apps for her own romantic life.

Indeed, Brinkley has some specific philosophies about love specifically and life in general. She carries these beliefs into today, following her 2020 breakup with singer John Mellencamp. What is Brinkley’s outlook, that she’s so definitively ruled out dating apps?

Brikley just appeared on the cover of Social Life Magazine for its July 2022 issue. Speaking with editor Devorah Rose, Brinkley gave a resounding, “Nope, never” to using dating apps. As far as Brinkley is concerned, “My love life is that I love life. The love of my life is my life.” On top of her career in the beauty industry, Brinkley has spent that life as the proud mother of three children, including Sailor Brinkley Cook, and confronting ageism in the industry.

Brinkley was first married to François Allaux and the two remained together from ’73 to ’81. Then was singer, musician, and songwriter Billy Joel, with whom she had daughter Alexa Ray Joel in 1985. The couple divorced in ’94, but it’s reported that they have remained friends since and Brinkley is featured in several of his music videos. Brinkley met real estate developer Richard Taubman through a mutual friend and they had son Jack Paris Brinkley together before separating. Finally, her divorce from architect Peter Cook was highly publicized in 2008.

What she calls picture perfect

If Brinkley were to use dating apps, a section asking for ideal traits would probably read that the guy “would have a great sense of humor and zest for life.” She gives some of this as advice to her children, as she shared, “I tell them you need laughter and trust. The type of trust you can only have with someone who is willing to go through the ups and downs with you. And of course, romance!”

What does romance look like to her? “Take me for a sail,” Brinkley said of her perfect date. Time on the waves is something Brinkley is very familiar with thanks to her abundant appearances in Sports Illustrated Swimsuit Issues. But even today, she can be seen sailing the ocean seas. One recent example came over Fourth of July weekend when she showed off her legs while on a boat.

Do you agree with her avoidance of dating apps or do you support their use?