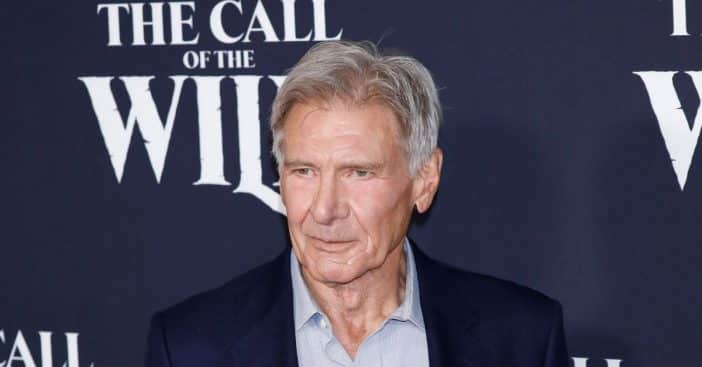 Iconic and veteran actor Harrison Ford joins the fold of octogenarians, and looking forward; he has a lot of achievements in the bag. The actor who started his career in 1966 has had a good run in the industry playing characters such as Han Solo (Space Smuggler, captain of the Millennium Falcon), or Indiana Jones. The characters have not stopped thrilling movie lovers all through the years.

The 80-year-old Harrison is not even considering retirement as he will return to the big screen sooner than later to thrill his fans with the return of Indiana Jones, in 2023, marking the fifth time he will be playing the role of the adventuring archeologist. “I retire every time I’m done with a movie. Then I go back. You know, I enjoy sleep, but I love to work. It’s fun for me. As long as it continues to be fun and I’m tolerated by the people around me, I will do it,” he revealed to Rolling Stone in 2015.

It is impossible to talk of Ford’s achievements as an actor without mentioning his role in the 1962 movie American Graffiti where he took up the role of Bob Falfa, a drag racer. Although the role did not come with a lot of dialogue, it is still unarguably the one that brought him into the limelight and commercial success. Ironically, his scenes were initially cut by Universal Pictures, but in the aftermath of the success of Star Wars, a rerelease saw those moments reinserted.

RELATED: Why Harrison Ford Actually Hates ‘Star Wars’ So Much

The movie, which George Lucas directed, had Falfa trigger a drag race competition with John Milner, the movie’s main star. Most of Ford’s scenes were of him behind the wheel of his race car while looking sexy for the camera. No doubt Lucas kept him in mind when casting Star Wars.

Harrison also partook in the 1982 film Blade Runner, playing the role of Rick Deckard, a replicant (android) hunter who was saddled with the responsibility of locating four runaway replicants. The movie did not amass much success at first, nor was Ford satisfied with it based on certain challenges he had during the production. However, the film’s reputation grew as a cult classic and he changed his mind as he took up the Blade Runner 2049 sequel in 2017. He’s come to recognize the impact the film had on his life and that of filmmakers and movie lovers.

The Fugitive in 1993 saw him play the lead role of Dr. Richard Kimble (portrayed by David Janssen on the TV series from the 1960s), who escaped prison after being falsely convicted of murdering his wife. The movie was an instant box office success, charting the number one position for six weeks and afterward earning seven Academy Awards nominations. Kimble made it a duty to hunt down his wife’s killer to bring him to justice and clear his own name. The role earned him a third Golden Globe.

He has also played the role of archeologist adventurer Indiana Jones in four films: Raiders of the Lost Ark (1981), Indiana Jones and the Temples of Doom (1984), Indiana Jones and the Last Crusade (1989) and Indiana Jones and the Kingdom of the Crystal Skull (2008), with film number five arriving in June of 2023. During an interview with Entertainment Weekly he said, “We have almost completed the next Indiana Jones film featuring the music of John Williams, and I had a wonderful experience working with [director] James Mangold, with [producers] Kathy (Kennedy) and Frank (Marshall) again. I’m really proud of the movie that we made.”

The Star Wars trilogy of 1977, 1980, and 1983 (Episode IV: A New Hope, Episode V: The Empire Strikes Back and Episode VI: Return of the Jedi) was also a fantastic watch for the fans as they were held captive by the character of Han Solo, a smuggler during the reign of Emperor Palpatine. The series took fans on the journey of how Solo became enamored with Princess Leia, and the fans were thrilled to see that they had gotten married when they returned in the 2015 sequel film, Episode VII: The Force Awakens.

During the original films, Harrison wanted Han Solo to die, but George Lucas refused, which made it unexpected that he would return for The Force Awakens.  When he got the call to reprise the role, he told the media, “I was surprised. It was proposed that I might make another appearance as Han Solo. And I think it was mentioned, even in the first call, that he should not survive. That’s something I’d been arguing for some period of time….so I said okay.” As fans know, he got his wish.

Ford was cast as U.S. president James Marshall in the 1997 action thriller movie Air Force One, which was about a foiled hijack attempt of the presidential jet Air Force One. The movie became one of the most favored action films of the ’90s and grossed a total of $315,156,409 at the box office.

During his 2016 presidential election campaign, former President Donald Trump noted that he held a special admiration for Ford based on his role in the movie, because he resonated with all the ideals of American society.

The movie was released in 1984 by Paramount Pictures with Harrison Ford playing the role of Sergeant John Book, who is assigned to the case involving eight-year-old Samuel, who witnessed the killing of an undercover police officer. Throughout the investigation, Book plays the hero, trying to ensure the safety of Samuel and his mom Rachel who are on the radar of Philadelphia Police officer James McAfee.

In his review, Roger Ebert of the Chicago Sun-Times praised Ford’s role in the movie, saying he had “never given a better performance in a movie.” Time Out New York, in its review, wrote, “Powerful, assured, full of beautiful imagery and thankfully devoid of easy moralizing, it also offers a performance of surprising skill and sensitivity from Ford.”

Playing the role of Colonel Hyrum Graff in this 2013 American military sci-fi action film, Ender’s Game is based on a 1985 novel of the same name written by Orson Scott Card. The movie focuses on a preemptive attack by humans on aliens known as Formics. In an interview in 1999, Orson Scott Card stated that he contemplated changing the character of Graff to female with the idea of Janeane Garofalo or Rossie O’Donnell playing the role.

The movie, released in 1992, is a sequel to the 1990 film The Hunt for Red October, but with a different actor playing the role of CIA analyst Jack Ryan. Harrison takes up the role from Alec Baldwin, who stops an already planned terrorist attack by the IRA in London and kills one of the terrorists. The brother of the dead terrorist finds a means to escape and swears vengeance against Jack. Although the movie received positive reviews from critics, author Tom Clancy expressed his displeasure as he felt that the movie differed from what he wrote in his book of the same name.

Roger Ebert, writing for the Chicago Sun-Times, stated, “I haven’t read Clancy’s Patriot Games, and for all I know, this movie is faithful to his book, but on the basis of The Hunt for Red October, which I have read, I expected this one to be a little more cerebral and without the Indiana Jones ending.”

The 1994 American action thriller continues to explores Ford as Jack Ryan, who was elevated to the post of acting director of the CIA following the diagnosis of Admiral James Greer with cancer. He discovers an illegal operation targeting drug cartels by CIA operatives and begins a mission to uncover the truth.

Desson Howe, the Washington Post staff writer, reviewing the movie, wrote, “Clear and Present Danger feels like a recurring dream, a deja vu of a movie. The third film to be adapted from novelist Tom Clancy’s Jack Ryan series (after The Hunt for Red October and Patriot Games), it offers the usual round of situation-room anxiety at the CIA, shady maneuverings in Washington power corridors, and secret battles with foreign adversaries. And once again, dependably resourceful Ryan (played a second time by Harrison Ford) fights for truth, justice, and the American Way.”

The 1988 movie is a romantic drama featuring Ford as Jack Trainer, a handsome business executive who assisted Tess McGill (Melanie Griffith), a secretary from Staten Island who was sidetracked by her former boss who stole her idea. The duo ends up having a romantic relationship with each other. While reviewing the movie, Rotten Tomatoes called it “a buoyant corporate Cinderella story, Working Girl has the right cast, story, and director to make it all come together.”

The 2010 romantic drama features Ford as Mike Pomeroy, a legendary on-air personality who was brought in by Becky Fuller (Rachel McAdams, a freshly hired producer of a national morning news program called Daybreak. The producer strikes an amorous relationship with Adam Bennett, a colleague at work.

The movie’s climax comes when Pomeroy declines to do pieces like celebrity gossip and fashion, which he believes are beneath him. Despite the early inconvenience, he later saves the show and Becky’s job by breaking the arrest of the Governor in a live television broadcast.

In this 2011 movie which combines the Western and sci-fi genres, Harrison plays the role of the iron-fisted Colonel Woodrow Dolarhyde, who is the leader of the desert town of Absolution, which does not welcome strangers. Especially this stranger (played by Daniel Craig), who has lost his memory and walks into the town almost at the time of an alien attack.

Surprisingly, the stranger regains his memory and helps Woodrow organize all his former opponents in readiness to fight against these extraterrestrial invaders.

But his best role is as a husband

One of Ford’s greatest roles in life is that of a dutiful husband to Calista Flockhart, whom he has been married to for 12 years beginning in 2010. The couple met at the 59th Annual Golden Globe Awards in 2002, and they dated for seven years until Valentine’s Day in 2009, when Ford proposed to her. In an interview with Hello magazine in 2003, the iconic actor stated, “I’m in love. Romantic love is one of the most exciting and fulfilling kinds of love, and I think there is a potential for it at any stage of your life. I was not surprised that I was able to fall in love, and I wasn’t surprised that I did.”

Click for next Article
Previous article: Why Did People Look Older In The Past? A Video Breaks Down “Retrospective Aging”
Next Post: Baby On Air: A Meteorologist Captures Her Audience’s Hearts