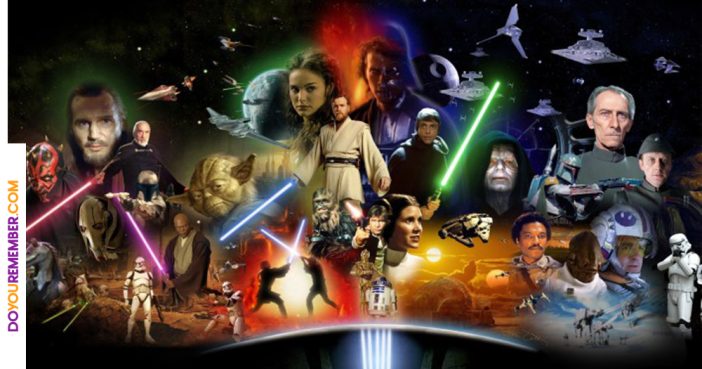 Since Disney purchased Lucasfilm back in 2012, Mickey began to show that he is very strong with The Force. For a film franchise that hasn’t had a new installment in ten years, there is an awful lot going on with Star Wars these days, and Disney is behind most of it. While fans frantically discuss everything from how the original cast will return to who will be the new villain and whether Goofy is somehow related to Greedo, one pop-culture expert thinks that Disney is expertly engineering a campaign using one vital element to ensure the success of Star Wars: Episode VII in December: nostalgia. Here are five ways Disney has been using the power of the past to back its early marketing efforts:

Re-Release of the Original Trailers

Over the course of 10 days in October, Disney quietly re-released the original trailers to all three of the first trilogy. These pieces, spanning the late ’70s and early ’80s, demonstrate the evolution of not only the movies but also the art of movie trailers. The first one, for Star Wars in 1977, is choppy, disjointed and clearly demonstrates how little marketers knew about the actual movie. In fact, the Star Wars official YouTube channel is cranking up its release of archival footage of old interviews with George Lucas and the original cast, upping the ante with coverage from the recent European Star Wars celebration with an interview with Mark Hamill.

Last month, Disney announced the release of the fifth and final episode of The Clone Wars animated series – content that focused on the second trilogy’s characters. There is no doubt that they could have made more, but there was clearly a decision to stop focusing on anything but the original trilogy.

We have it on good authority that not only is the entire original cast signed on for the new film, but as a consequence, all the stars have been placed on a very restrictive gag order to whet the fans’ appetites even more. Don’t believe us? Here’s a clip from a VERY awkward Harrison Ford interview promoting his new film Ender’s Game. In it, he does his best imitation of Disney’s dwarf Grumpy.

So, Disney has plenty to appease the casual fan, but what about the  hardcore addicts who have every single version of the films ever  released, their own Darth Vader costume, and a Greedo Shot First  Facebook page? You give them something they’ve never seen before:  George Lucas’ original unproduced first draft of his Star Wars script  from 1974. Dark Horse Comics got the license from Disney to turn  that script into a comic book, and the first issue has already sold out  before it even hit the stands. Titled The Star Wars, the comic has all  the classic elements of the first trilogy—an evil empire, a young Jedi-  to-be and a princess in peril—but everything is extremely different.  The youngster in this is Anakin Starkiller, the Jedi mentor is Luke  Skywalker (huh??), and the rest is more than subtly different.

Critics and fans alike are pretty much in agreement over the fact that one of the best things about the original trilogy was the script and dialogue contributions of Lawrence Kasdan. A veteran Hollywood writer and director (Raider of the Lost Ark, Wyatt Earp, The Big Chill), Kasdan also contributed to the scripts of the original trilogy, and when Lucas launched the prequel trilogy, the absence of Kasdan’s artful dialogue was sorely missed by all. It was announced last week that Kasdan was now reworking the script for Episode VII, and there was much rejoicing across the galaxy. Not only ours, but also the one that is far, far away.