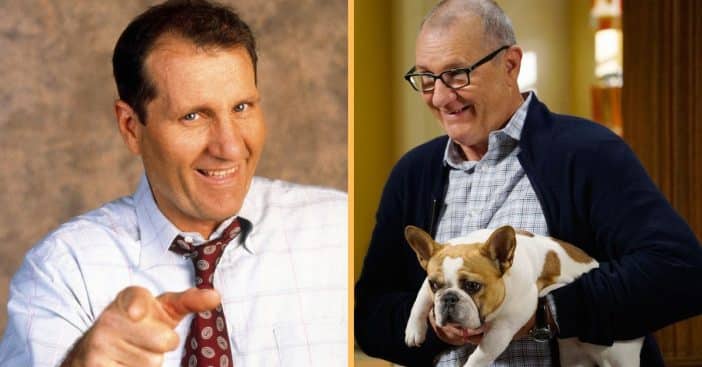 Before the Dunphy family, there was the Bundy family – and before Ed O’Neill sold the American dream of comfortable closets as Jay Pritchett, he sold shoes as Al Bundy. O’Neill is no stranger to the sitcom scene, so the fact that he’s accumulated two comedy giants to his name is no surprise. But since both see him as a somewhat grumpy married man with strong opinions, fans of the actor have wondered: which of O’Neill’s sitcoms are better, Modern Family or Married… with Children?

Of course, Jay and Al, along with their respective families and lives, have plenty of differences. Jay is reluctant to relinquish the reins of his closet empire to his daughter, while Al’s only comfort in his job is an escape from his wife Peggy. In terms of reception, Al could be seen as where someone currently is in life, while Jay is where they want to be, going from debt-riddled and drowning in misfortune, to happily married and a giant of their industry. Does one fictional father get more love than the other, and does one sitcom settle in the viewer’s palate better?

Al Bundy has been called a tragicomedic character, whose story throughout Married… with Children is one of humor to watch and despair to experience. This was his story and his world to live in each day, full of alcoholic relatives and looming bankruptcy. O’Neill had a ticket to give it his all, though his TV family succeeded in winning the hearts of viewers throughout their airtime as well, so much so that fans are eagerly anticipating their return for an animated spinoff.

RELATED: The Untold Truth Of Al Bundy Himself, Ed O’Neill

As Screen Rant notes, though, Modern Family spreads its time across its bigger ensemble cast. In fact, all the cast members agreed to not claim a role as “lead actor,” to keep everyone feeling equally important. Is this broader lens better? Remarkably, both sitcoms ran for 11 seasons, so both had comparable time to explore their characters. Who did it better? Looking at Married… with Children with a focus on Al, it certainly made a character who has stood the test of time, while Modern Family set itself up for disappointing the fans at more opportunities if they disliked the direction a character went. For example, Haley’s wavering competence drew some criticism in the later seasons. Regardless, O’Neill was given a unique character in each instance and he put his all into it both times.

The legacy of ‘Modern Family’ and ‘Married… with Children’

There’s no ignoring the chronology of these two shows and their impact on sitcoms. Married… with Children, which aired from 1987 to ‘97, was in a prime spot to shape the landscape of comedic television. Its humor has been the subject of much criticism both during its airtime and today, with Al sometimes condemned as a man people should not aspire to. O’Neill’s library of acts also has Jay, though, who has his share of dated views his modern family sometimes reshapes. But thinking about the history of sitcoms, which started off forbidding exposed navels and married couples sharing a bed, to wholesome lessons about family togetherness, Married… with Children was something new, unprecedented even.

This was coming off the heels of Diff’rent Strokes, which had a monopoly on the “very special episodes,” and in walks Al Bundy, whose valuable lessons involved avoiding his wife. Whether this introduction of darker humor was for the better is a whole other discussion of its own, but there’s no doubt Al’s brand of humor set the stage for other shows that would go on to enjoy continued viewership. Then, with Modern Family, O’Neill was again at the center of big changes in the industry, playing the father of an openly gay man who adopted a daughter from Vietnam and got to marry his boyfriend. This too was unprecedented, perhaps in the opposite direction, with O’Neill’s character still vocal about views that contrasted those around him, but all the while making a character someone out there could relate to.

Who is your favorite of Ed O’Neill’s characters, Al Bundy or Jay Pritchett, and which show do you find yourself watching again and again?