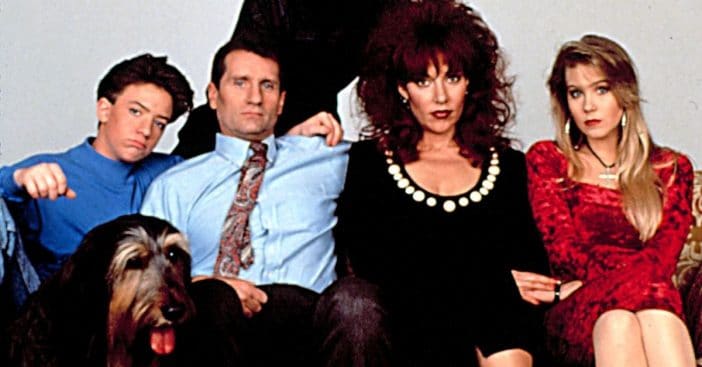 Animation designed for an adult audience can receive a mixed reception. On the one hand, plenty of cartoons targeted at younger viewers can be timeless and serious enough to stay beloved among adults, and there are many animated shows such as Family Guy and The Simpsons enjoy high ratings. But when an animated Married… with Children reboot was announced, some fans felt their enthusiasm dampened by the medium of choice.

The revival comes roughly 25 years since the original ended unexpectedly, in a sudden move that left even the cast members surprised. A lot has changed since then, particularly because of those two-and-a-half decades the actors have spent away from the project. But that’s where the animated format works to the revival’s benefit. It’s not the same way fans of the original enjoyed the first sitcom but it’s crucial that the revival is animated to capture its spirit the easiest – because of the freedom of animation.

Ed O’Neill was roughly 41 when Al Bundy bulldozed his way onto American televisions. Today, he’s 76, and his older appearance is synonymous with the stubborn patriarch Jay from Modern Family. The last time viewers saw Al, he had a full head of dark brown hair and few wrinkles. Technology has created all sorts of tricks for de-aging actors, removing facial features, and manipulating hair movement. But there’s a faster way that doesn’t require all that: animation.

RELATED: ‘Married… With Children’ Cast Then And Now 2022

The revival, spearheaded by Family Guy producer Alex Carter, has recruited four key cast members: O’Neill, Sagal, David Faustino, and Christina Applegate. It’s not certain by time of writing when the show will pick up from – starting from where the original suddenly ended or resuming as if the same amount of time has passed – but animation allows the new Married… with Children scenes to look exactly how producers want them to. As Screen Rant notes, neither an actor’s age nor different appearance matter; the actors can provide the voices so many fans are familiar with and the animation team can create exactly the desired look. Indeed, scheduling conflicts were part of the choice for going animated; many actors had different obligations and requiring only voice work alleviates some of the responsibility for them.

How to tackle everything going forward

It is reported that Sony Pictures Television, which owns the rights to the original Married… With Children, is working on the animated revival. There is no official broadcaster tied to the project, though Peacock and Hulu are being eyed for the job as well as Fox, which also hosted the original. So far, actors who played characters not related to the Bundy family have not yet been confirmed.

It’s also unclear what type of humor Married… with Children will lean into in its animated form. As Screen Rant notes, slapstick can be even more easily portrayed because artists can draw whatever they want to have happen without accounting for physics or the actor. But Al as fans knew him in the ’80s and ’90s was not known for his sensitivity, and plenty of jokes would get more than a grimace today, like Al’s condemnation of his wife’s desire for intimacy while he and the other men lust after women often. Additionally, even Bearse is reported to have said, “It was a mean-spirited and misogynist show. It was just so completely inappropriate. Today I don’t think the show would be produced because it’s so globally offensive.” Ultimately, the show stayed alive through syndication well after its premature conclusion, so time will tell how closely the animated version sticks to the original’s humor, which Sagal also called “misogynistic.”

Will you watch an animated Married… with Children revival?

Click for next Article
Previous article: 76-Year-Old Jaclyn Smith Talks Beauty Secrets Key To Her Youthful Appearance
Next Post: Priscilla Presley’s Life In Photos—Her Life With The King Of Rock And Roll