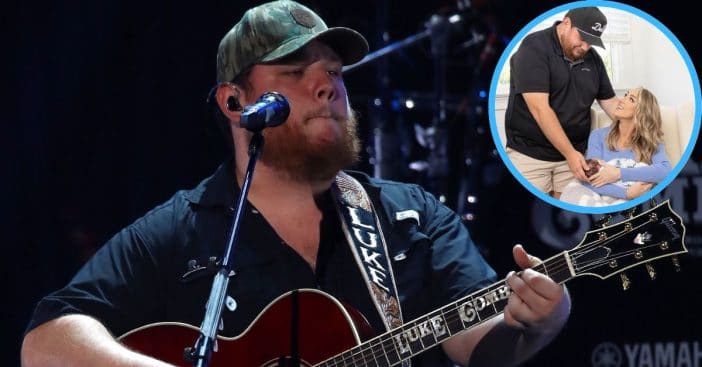 Country music singer and songwriter Luke Combs has already made it high up on the Billboard 200 and earned two Grammy nominations. Now, he has also become the proud father to a newborn baby boy, who arrived right during Father’s Day.

He and wife Nicole Hocking welcomed baby Tex into the world this weekend and the proud father quickly shared photos of the wonderful occasion. The two started dating back in 2016 and got engaged two years later. Now, their family has grown to three!

Earlier this week, Combs shared with his fans the exciting news that he and Nicole welcomed their first child over the weekend. “Welp he decided that Fathers Day would be a good time to show up,” he wrote in the captions. “I couldn’t agree more. Me and @nicolejcombs are over the moon in love with this little guy. Mama and baby are healthy and we’re back home now with family. Life is good. Everyone welcome Tex Lawrence Combs to the world!”

The accompanying photo shows Combs, Nicole, and baby Tex. Nicole is holding the newborn, seated in a chair, while Combs has a hand on each of them. Everyone is all smiles and Tex looks like a little bundle of joy!

Almost at the same time, new mother Nicole also shared a post celebrating the momentous occasion. “It’s going to be hard to top this past Father’s Day,” she noted. “Welcome to the world, Tex Lawrence Combs. You are the best chillest angel boy and I’m so happy I was chosen to be your mom. These are the days.” Indeed, in a long list of proposals, weddings, and birthdays that fall on holidays, this one is especially fitting. Combs responded, “You crushed it, my love!”

The last time the country singer’s fans saw the future Tex, it was with a sonogram the couple posted announcing Nicole’s pregnancy. Back then, their social media followers were left to guess what the name could be, with such perplexing clues as “rhymes with orange” giving them a lot to think about. Thankfully, there was less obscurity with music announcements, which included a deluxe edition of Combs’ What You See Is What You Get album, as well as “Forever After All” setting country music records on the streaming platforms Spotify and Apple Music.

There was a lot to celebrate this Father’s Day in the Combs household.