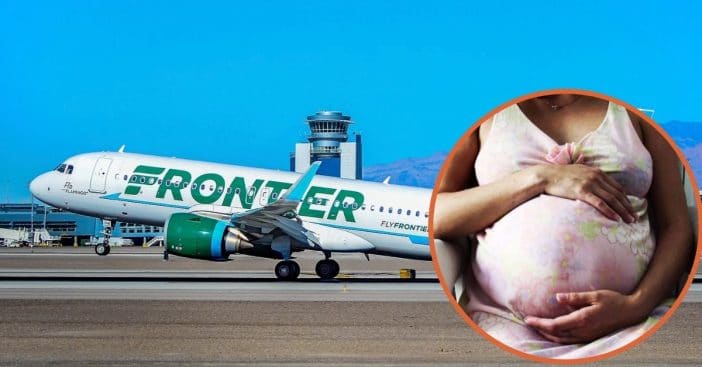 A flight attendant delivered a passenger’s baby while onboard a Frontier Airlines flight. A passenger had gone into early labor while on a flight from Denver (DEN) to Orlando (MCO), detailed in a Facebook post shared on May 17th. Flight attendant Diana Giraldo made sure to help the expectant woman get to the restroom on the flight and also helped in delivering the baby.

Captain Chris Nye was piloting the aircraft, and recently said in a statement that the plane diverted to Florida’s Pensacola Airport and continued to Orlando after mom and baby were able to deplane.

“The whole crew really did a great job,” Nye said in the statement. “Dispatch did a great job as well by suggesting Pensacola Airport and getting a gate and paramedics ready for us. This was a job well done, and I was happy to see everyone working together to successfully deliver a newborn on an aircraft!” While the baby’s full name has not been disclosed, we know that the baby’s middle name is “Sky,” a nod to the unusual and interesting conditions of which the baby was born.

This also isn’t the first time a baby has been born while on board a flight. Quite recently in May 2021, a woman went into labor while on a flight from Salt Lake City to Honolulu. However, in this case, no flight attendant helped with the delivery. But by some miracle, there was actually a a doctor and three NICU nurses on board, and all of them sprang into action to make sure the mother was taken care of and the baby delivered safely.