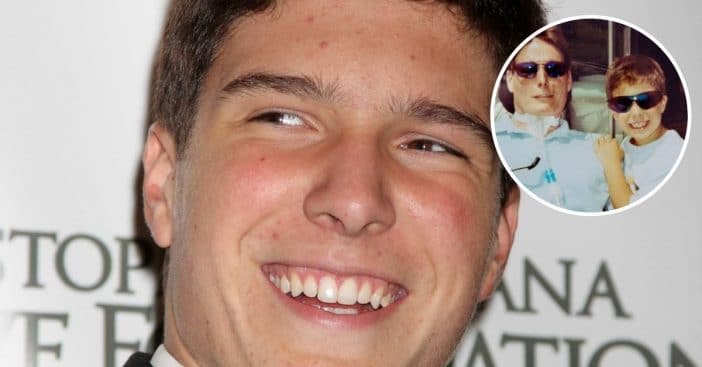 Will Reeve, the son of the late Christopher Reeve, shared a beautiful tribute to his dad on Father’s Day. The 29-year-old looked back on his time with his dad. He was only 3 when Christopher was paralyzed and 11 when he died. Sadly, his mother died two years later.

Will shared a touching letter that was posted on Good Morning America. He talked about watching a National Geographic whale documentary hosted by his dad. Will wrote, “We never got to see whales together. We never got to do a lot of stereotypical father-son stuff — no catch in the backyard, no birds and the bees, no driving lessons, no prom pictures, no college visits, no guy’s dinners in New York City. While I haven’t been able to celebrate with him on Father’s Day for 17 years, I honor him today with joy and a dream realized. I saw whales in Alaska last night, up close, and felt dad was with me.”

Will Reeve honored his dad Christopher on Father’s Day

He continued, “I’m 29 now and have finally started to understand what honoring my dad actually means. I thought it meant following the roads he would want me to go down, or to live my life as his proxy, making up for lost time according to his thwarted dreams. Turns out, our parents want us to find out who we are and go be that. That is the ultimate form of honor. In our short time together, my dad gave me everything: his love and attention, his values and passions.”

RELATED: Christoper Reeve’s Son Is All Grown Up And Looks Just Like His ‘Superman’ Dad

He added, “When he died, I was certain my purpose in life was to be him, to seamlessly carry on his legacy, to leave no separation between where Christopher Reeve ended and where Will Reeve began. Like many missing the main character every third Sunday in June, I never feel fully whole on Father’s Day. But I find peace and strength in the fact that the greatest gift I can give my dad is to keep him in my heart while I follow it wherever it leads me.”

Will founded the Christopher and Dana Reeve Foundation and spends his life being an activist for spinal cord injury research. He spends a lot of time with his half-siblings Matthew and Alexandra and he said it helps him stay connected to his parents. For Mother’s Day, Will shared a special photo of his mom and wrote, “Fifteen years. A bit of a blur. ♥️”

Click for next Article
Previous article: ‘Designing Women’ Star Jean Smart Opens Up About Recent Death Of Husband Richard Gilliland
Next Post: Man With Alzheimer’s Forgets He Proposed To Wife, So They Wed Again