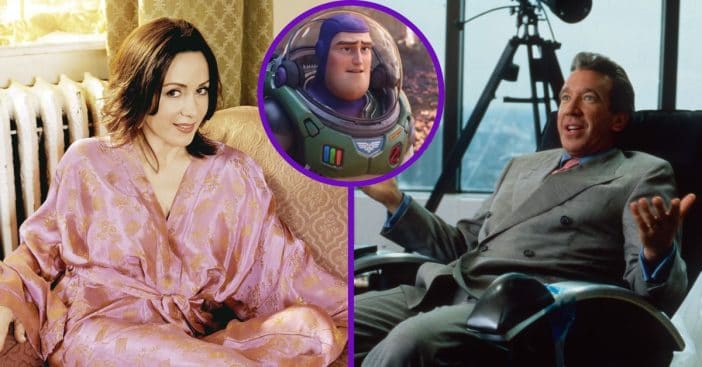 Lightyear, a spinoff movie telling the origins of Buzz Lightyear from Toy Story, drops in June 17, but there are a few people whose joy isn’t reaching to infinity and beyond. The animated film notably features Chris Evans as the voice of Buzz, though Tim Allen voiced the original action figure throughout Toy Story, a casting change that has been condemned by Patricia Heaton.

Heaton is known for playing Debra Barone in Everybody Loves Raymond and Frankie Heck in The Middle. Director Angus MacLane explained the particular setup for Lightyear that might allow for a new cast, saying, “In the Toy Story universe, [Lightyear] would be like a movie that maybe Andy would have seen, that would have made him want a Buzz Lightyear figure.” According to Heaton, though, the casting move impacted the character in a significant way and was a “mistake.”

Ok so the current Buzz Lightyear movie is an origin story – but the reason the character became so beloved is because of what @ofctimallen created. Why remove the one element that makes us want to see it?#stupidHollywooddecisions https://t.co/bRn1lZgkac

On June 14, Heaton took to Twitter to discuss giving the role of Buzz Lightyear to Evans instead of Allen. She said, “Saw the trailer for Buzz Lightyear and all I can say is Disney/Pixar made a HUGE mistake in not casting my pal @ofctimallen Tim Allen in the role that he originated, the role that he owns.” She continues, “Why would they completely castrate this iconic, beloved character.”

The post inspired several lines of discussion. Users noted that the movie is about a fictional human space ranger, rather than the plastic toy fans met in Toy Story, and since this is an origin story, this Buzz would be younger. “Ok so the current Buzz Lightyear movie is an origin story – but the reason the character became so beloved is because of what @ofctimallen created,” Heaton added in response. “Why remove the one element that makes us want to see it?#stupidHollywooddecisions.”

What is going on behind the scenes

Evans and MacLane explained their views on the casting choice, reiterating the idea that the Buzz in Lightyear is different from the action figure Allen played in Toy Story and its sequels. In the comments of Heaton’s post about the subject, some have agreed with her condemnation of the choice and suggested the decision was driven by Allen’s conservative politics.

Allen has been keeping busy still, however. He returned to the North Pole for The Clauses, a sequel series that continues the plot of The Santa Clause with some new and familiar faces joining him. Reportedly, Allen expressed interest in returning to the character of Buzz sometime in the future, so fans may still get to see him fight Zorg and help Woody in the future.