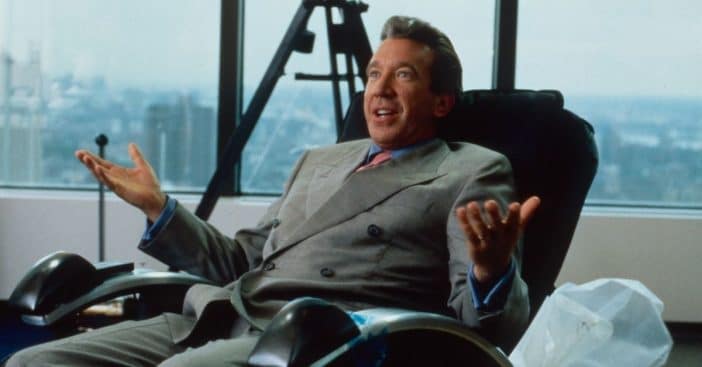 Actor Tim Allen recently opened up about the “major change” that has happened in comedy in recent years. It’s not a secret that was is “acceptable” in comedy has changed through the years, and comedians need to be mindful of what they say lest they be “canceled” by cancel culture for being insensitive and offensive.

However, we’re talking about how comedy has changed in the midst of the COVID-19 pandemic, noting how many comedians were not able to go out and do stand-up around the US for quite a while. And now that comedians like Allen are back on the road, doing their shows and such, they’ve noticed a lot has changed in that regard.

Tim Allen on the “major change” in comedy

Allen actually thought his comedy wasn’t reaching his audience like it used to when he only heard muffled laughs through masks at a recent show of his. This was due to many cities mandating masks, even when you’re sitting in your seat, unless you’re actively eating or drinking. Many stand-up comedians usually feed off the crowd’s energy and laughter, so to have that change so drastically made it difficult for Allen to adjust to.

“(It’s a) big difference for a comedian to hear that muffled laugh. It wasn’t as satisfying because it seemed like people didn’t like it,” he admitted. He’s also admitted that he’s needed to make changes on his comedic material as well since things have changed so much for comedy (as stated earlier).

“It’s a tightrope,” he says. “I have a family member that passed away. I have neighbors that have passed away. Then I’ve had hundreds of thousands of people, a lot of which I don’t know, that had (COVID-19) and didn’t know they had it. This (has) been a very difficult navigation for a comedian…Lately, because of the sensitivity, which bothers me, I’m more likely to want to poke that…But out of respect, I will tell people as an adult, there’s some things I’m going to say that don’t mean the same thing to me as they might mean to you…”

While Allen is working on navigating stand-up and how different it’s become, his on-screen career is certainly on the up and up. He recently wrapped a nine-season run of Last Man Standing and is also slated to return to his role of Scott Calvin/Santa Claus for a reboot of his classic The Santa Clause movie into a TV series on Disney+.

Click for next Article
Previous article: Tina Louise From ‘Gilligan’s Island’ Is 88 And Promotes Children’s Literacy
Next Post: It Has Been 39 Years Since The Iconic ‘M*A*S*H’ Finale Aired