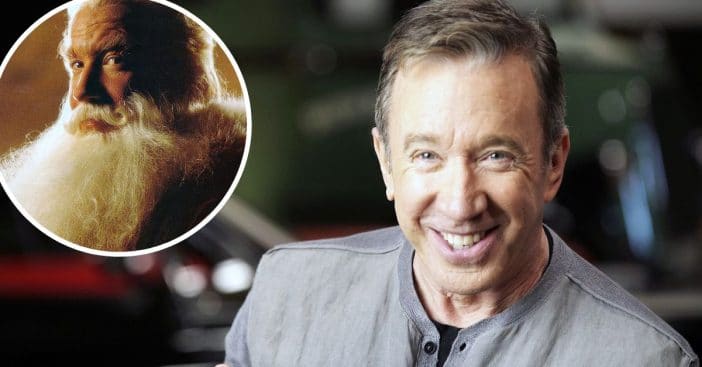 Tim Allen has portrayed many iconic characters over the years including Home Improvement‘s Tim Taylor and Toy Story‘s Buzz Lightyear. Now, Tim is set to reprise one of his most famous roles this Christmas. You guessed it, he will return as Santa Clause for a new Disney+ series based on The Santa Clause movies.

Tim Allen will return as Santa in a new Disney+ miniseries

Tim and Disney+ shared the news on social media. Disney+ shared a photo of Tim alongside a photo of him as Santa. It read, “It’s clause for celebration! 🎅🏻 Tim Allen will reprise his role as Scott Calvin from “The Santa Clause” in a new Original limited series coming soon to #DisneyPlus.”

RELATED: ‘The Santa Clause’ Star Tim Allen Wants Everyone To “Be Good For Goodness Sake” This Christmas

The news caused a bit of controversy as it was posted because apparently, Instagram flagged it as false information! The flag was removed but fans joked around about it in the comments section.

Meanwhile, Tim shared a blurred photo of Santa on Twitter and wrote, “So here we go again…HoHoHo!” Fans were going nuts in the comments section, very excited for the upcoming series. Are you excited too?