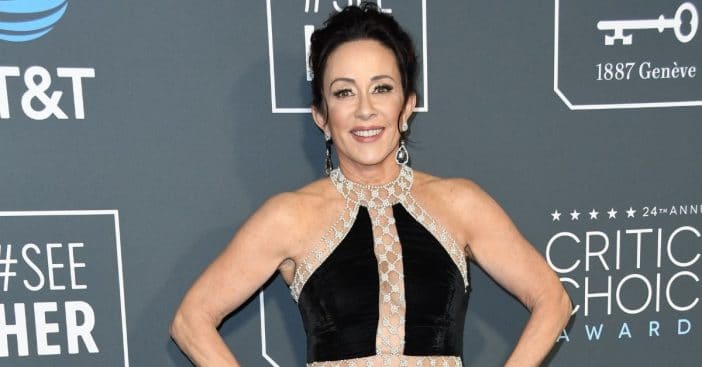 Everybody Loves Raymond star Patricia Heaton recently spoke with Elizabeth Vargas on the “Heart of the Matter” podcast about her sobriety. Her drinking had been gradually increasing, which ultimately led to an “embarrassing” incident with her grown-up sons and, eventually, led her to choose sobriety.

Patricia Heaton gets open and honest about her sobriety

“There were like 10 of us there: three of my sons, and then their friends. And I was just filling my glass with red wine throughout the five or six hours that we were together. I don’t know how many glasses it was, and I felt completely sober and fine.”

“I was making a joke to the table, and I started saying, ‘You know, in our family it’s a tradition…’ And I could not pronounce the word ‘tradition.’ And I tried three times, and I couldn’t say the word. And I can’t even mispronounce it for you the way that I was mispronouncing it. I can’t remember.”

She felt like her brain was just wasting away

It was this verbal mess-up that caused her to rethink her relationship with alcohol. “And my son at the end of the table says, ‘Oh great, mom. You can’t even talk.’ And I was so humiliated in front of my sons, and their friends… And God knows that that’s all it takes for me — for that kind of sense of their mom looking drunk in front of them.”

“But also, I thought, ‘I feel fine. What is happening in my brain? What is the alcohol doing to my brain where the synapses are misfiring to the point where I can’t say this word? And I’m trying to say it and I can’t say it.’ It’s almost like having a stroke or something. And it shook me up. And I thought, ‘That’s it. That’s it.'” That’s truly when Patricia Heaton decided her sobriety was more important than a glass of wine.

She truly felt like she was drinking too much, even before that incident

Even before that moment, Heaton admits that she saw herself potentially becoming an alcoholic “down the road.” And even so, a day earlier, she had already been toying with the idea of quitting drinking. “And there were a couple factors. Like my boys are in their 20s, it’s going to be at least probably 10 years before there’s a possibility of grandchildren, God willing,” she says.

Drinking had become a pretty normal occurrence. She found herself automatically grabbing a drink when it was 5 pm and there wasn’t anything going on the next day. It was beginning to become a regular thing when out to eat as well.\ “And so, I really started looking forward to drinking, and thinking about it in a way that I hadn’t before, when everything else was taken away. If we went out to dinner, I would have two cocktails before the meal, and then at least two glasses of wine, and then maybe an aperitif. And if I was with really good friends that I knew well, I would have three cocktails before dinner.”
The first day she decided to never drink again, she was actually out to breakfast with one of her sober friends. “And I happened to be having breakfast the next day with one of these sober friends. And I said, ‘Well, you’re the first person I’m telling this to, but I’m … this is my first day of never drinking again,'” she said. “And she was so shocked. She said, ‘What happened? I was just at lunch with you when you were downing prosecco.’ I told her the incident, and we both kind of laughed, and she told me all these of her own stories. And that’s three years ago July.”
Click for next Article
Previous article: Tallulah Willis Is ‘Truly Proud’ Of Her Progress With Skin Struggles
Next Post: WATCH: Actress Kristen Stewart Is A Stunning And Real Princess Diana In ‘Spencer’