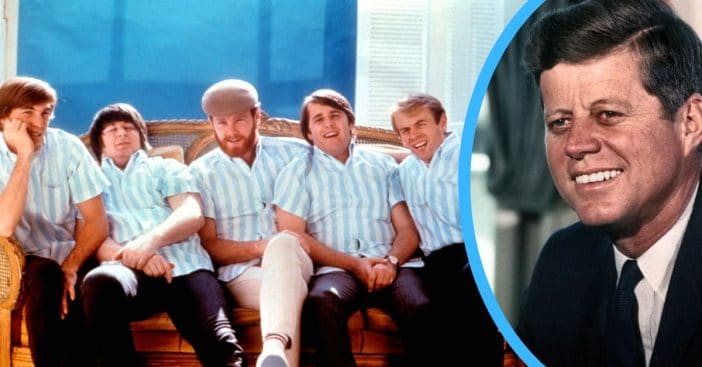 Whether deliberate or unintentional, music is created with emotions as inspiration. Such seemed the case for the Beach Boys, who secured abundant commercial success by the time the ’60s rolled in. That means they were an active musical force during that fateful moment on November 22, 1963, when John F. Kennedy was assassinated.

It was around this time that the Beach Boys penned “The Warmth of the Sun.” Early in the band’s origins, they had been known for upbeat themes exploring adolescence and revelry, brought to life with rock and pop; this was meant to be different in many ways. Accounts differ slightly on the exact moment the song came into existence but its unique tone and lyrics remain appropriate for what had unfolded the day of the JFK assassination.

A song written for the time, before the time

“The Warmth of the Sun,” never released as a single, was on the album Shut Down Volume 2. The album enjoyed 38 weeks on the Billboard 200 chart. But how did one of its quietly successful entries come into existence? As Mike Love remembers it, the Beach Boys song predates the JFK assassination, but not by long. “It was written the preceding day,” Love claims, “words and music, and we got up to the news that President Kennedy had been taken to Parkland Memorial Hospital in Dallas and that he was dead.”

What makes this telling remarkable is how fitting the song already was for what was to come. “It was shocking,” Love went on. “We didn’t change the lyric to conform to the event. Within days of that event we went into the studio and recorded it. That session was even more charged with emotion.” Wilson remembers the song’s creation differently but agrees it was heavily tied to the events of that month almost six decades ago.

Speaking of “Warmth of the Sun,” Wilson directly says “That song was inspired by the assassination of John F. Kennedy.” He claimed, “The day he was killed Mike and I went into my office where I had a piano and wrote a song in his memory. That came quickly.” It further stood out because, as Love recalled of his involvement in the song’s creation, “I was writing melancholy lyrics in the midst of more up-tempo songs; think about Surfin’ U.S.A., in the midst of that I wrote the lyrics for ‘The Warmth of the Sun.’ The melody and mood of ‘The Warmth of the Sun’ was so melancholy.” This was relatively uncharted territory for the band.

The lyrics speak of affection and loss, and love unrequited. The singer admits to shedding tears as well, so while dreams of a soft embrace have no overt ties to JFK’s death, the hollow, grieving sentiments are there. Love remembered feeling, “The melody was so haunting, sad, melancholy, that the only thing that I could think of lyrically was the loss of love.” However, he wanted to incorporate feelings of hope The specific message he aimed for, according to a 2007 discussion, was the idea, “Yes, things have changed and love is no longer there, but the memory of it lingers like the warmth of the sun.” Wilson adds that it was not intended on being a big song, but rather “a personal response,” made larger by the history it was tied to.

Click for next Article
Previous article: Inside The Feud Between John Wayne and Frank Sinatra
Next Post: Three Generations Of Elvis Presley’s Family Give New Biopic A Thumbs Up