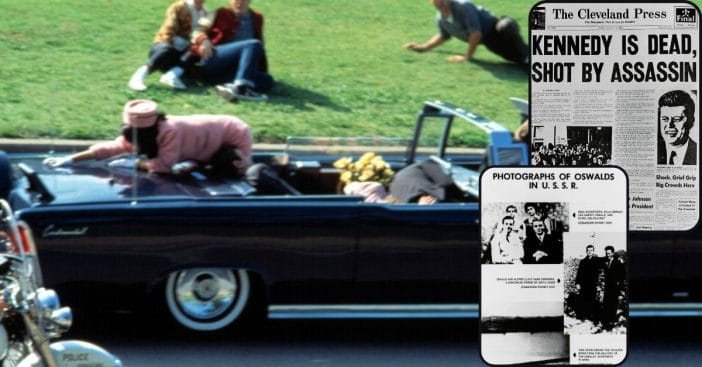 The National Archives have released nearly 1,500 documents related to the U.S. government’s investigation into the 1963 JFK assassination. However, according to AP, it doesn’t look like any of the new documents contained new revelations that could reshape the public’s understanding of the events.

Despite that, these documents have been eagerly awaited by historians and the general public alike, as there are many unanswered questions and even conspiracy theories surrounding the events of Nov. 22, 1963.

Could the newly released documents on the JFK assassination change anything?

To get more specific, the documents released include CIA cables and memos discussing Lee Harvey Oswald’s previously disclosed visits to the Soviet and Cuban embassies in Mexico City that were never fully explained. The documents also discuss the potential for Cuban involvement in the days after JFK’s assassination.

A specific CIA memo describes how Oswald phoned the Soviet embassy while in Mexico City to ask for a visa to visit the Soviet Union. Oswald also paid a visit to the Cuban embassy with interest in a travel visa that would permit him to visit Cuba and wait there for a Soviet visa.

Another memo from the day after JFK was killed details that Oswald communicated with a KGB officer while at the Soviet embassy that September. After JFK was assassinated, Mexican authorities arrested a Mexican employee who had been communicating with Oswald, who was said to “be a Communist and an admirer of Castro,” said the memo. At the time, Fidel Castro was the Cuban leader at the time and an adversary of JFK and The White House.

A plot to assassinate Castro

Most interestingly, a document with the words ‘Secret Eyes Only’ details a plot to assassinate Castro, including a 1960 plot “that involved the use of the criminal underworld with contacts inside Cuba.”

Some new files also detail the FBI’s efforts to investigate and surveil major mafia figures like Santo Trafficante Jr. and Sam Giancana—these two have often been mentioned in conspiracy theories surrounding JFK’s death. The reports also show that the bureau kept close tabs on anti-Castro groups operating in southern Florida and Puerto Rico through the ’60s.

Back in 2017, President Donald Trump had blocked the documents from being released to the public, citing “potentially irreversible harm.” Despite this, 2,800 other records were released at that time. In ’64, The Warren Commission confirmed that Oswald was the lone gunman and the only person involved with the death of JFK, and another congressional probe in 1979 found no evidence to support the theory that the CIA had been involved. Despite this, conspiracy theories and questions about his death still arise today.

More on the released documents in the video below: