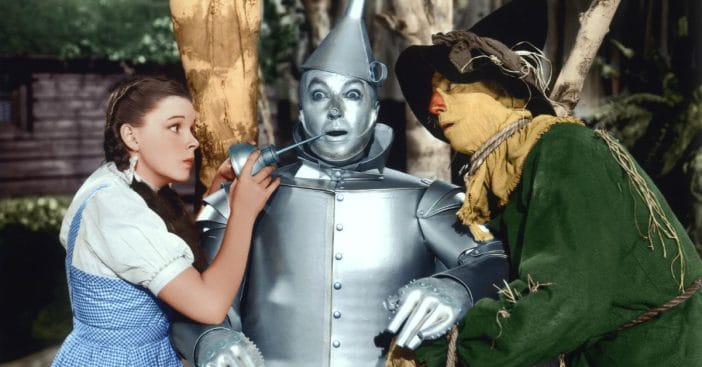 Following the Yellow Brick Road was not so wonderful for Judy Garland; in fact, it was something of a nightmare, by her own account. Garland’s rise to stardom at a young age came with a new array of troubles, particularly pressure from the industry. But her Wizard of Oz peers also added to her discomfort, as according to Garland, they pulled “dirty tricks” in light of feeling overshadowed by her.

In 1959, Garland was hospitalized in New York’s Doctors Hospital because of pills and alcohol. The somber experience – triggered by studio execs when she was just 17 – inspired Garland to tell her full story. She originally intended on penning a tell-all autobiography, but archival footage allows Garland to still reveal the stress she endured as a young star in the industry. In this way, she reveals the wicked side of filming Oz. Who was responsible, and what did they do?

Her co-stars would haze Judy Garland, adding to the nightmare

The entertainment industry was a brutal one – and can still be described as such today. Garland was exposed to that intensity from a very young age. “I was on stage from the age of two,” she revealed. “I missed a lot. It’s a very lonesome life. I don’t remember having any birthdays as a child. My mother was always afraid the studio would decide I was too old to play child parts. So we just ignored them.” So, when filming for Wizard of Oz began in 1938, she was 16 years old and rising quickly through the ranks.

Working to overcrowd her, according to Garland, were Jack Haley, Bert Lahr, and Ray Bolger, who played the Scarecrow. When the cameras were not rolling, they gave her a frosty treatment. When scenes were unfolding, they tried to reclaim the spotlight. “They’d shut me out,” Garland said of times when they filmed dancing up the Yellow Brick Road. “They’d close in, the three of them, and I would be in back of them dancing. The director, Victor Fleming, would say, ‘Hold it! You three dirty hams, let that little girl in there!'”

How is this known to fans today?

Though Garland planned on releasing a tell-all, and a $20,000 was put forward, those original plans were not realized. However, in the process, there came to be hours upon hours of recordings with Garland’s testimony. Editor Randy L Schmidt compiled such archival footage for Judy Garland: Interviews and Encounters. This, pieced together with the grueling expectations of young stars, outlines the nightmare Garland lived through that affected her mental health for years.

Garland’s mother contributed by warning, “You get out and sing or I’ll wrap you around the bedpost and break you off short,” if a young Garland could not perform. Studios pushed her and other young stars just as hard. “They’d give us pep pills,” she revealed of what’s been identified of amphetamines. “Then they’d take us to the studio hospital and knock us cold with sleeping pills… after four hours, they’d wake us up and give us pep pills again. That’s the way we worked, and that’s the way we got thin. That’s the way we got mixed up.”

Garland’s cause of death at 47 was attributed to accidental barbiturate overdose.

RELATED: Children Of Late Judy Garland On How They Have Been Keeping Her Legacy Alive

Click for next Article
Previous article: Bruce Springsteen And Paul McCartney Meet Up For Iconic Performance
Next Post: After Kate & Allie, One Star Met Success, The Other Tragedy