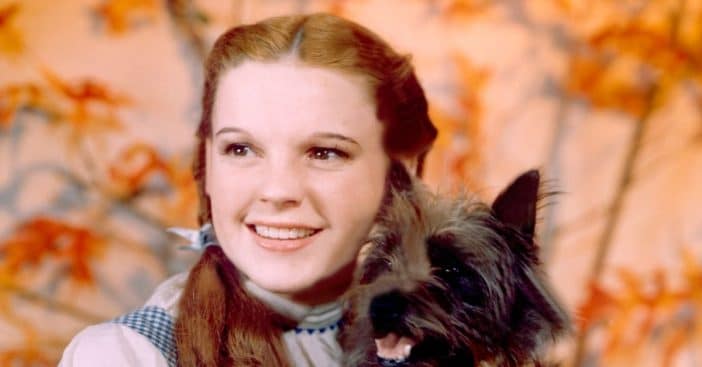 Judy Garland’s iconic gingham dress from The Wizard of Oz was seemingly lost for four decades. It has officially been found and is now going back up for auction! The dress is just one of the four original costumes still left and only one of two that still has the white blouse with it.

According to Bonhams auction house, this particular dress was worn in the scene where Dorothy confronts the Wicked Witch of the West at her castle. The dress was originally gifted to Father Gilbert Hartke, the former head of the drama department at Catholic University in the ‘70s. A year later, it was reported missing.

‘Wizard of Oz’ dress found and going up for auction

In May 2021, the dress was found by staff member Matt Riva. At the time, he said, “I had looked in our archives, storage closets, etc. to no avail. I assumed it was a tall tale (of which many exist for Father Hartke). Our building is in the process of renovations and upgrades, so I was cleaning out my office to prepare. I noticed on top of the faculty mailboxes a trashbag and asked my co-worker to hand it to me. On the trashbag was a note for our former chair stating that he had found ‘this’ in his office and that he must have moved it when he moved out of the chair’s office…”

He continued, “I was curious what was inside and opened the trashbag and inside was a shoebox and inside the shoe box was the dress!! I couldn’t believe it. Needless to say, I have found many interesting things in the Hartke during my time at CUA, but I think this one takes the cake.”

Now the dress is being put up for auction on May 24 as part of Bonhams Classic Hollywood: Film and Television sale. The value is estimated at between $800,000 and $1.2 million. The proceeds will help future generations with training in the theater.

Click for next Article
Previous article: Allegations About Bill Murray’s Behavior On Movie Sets Surface Online
Next Post: Ann B. Davis, Alice on ‘The Brady Bunch,’ Found Her True Calling Before She Died At 88