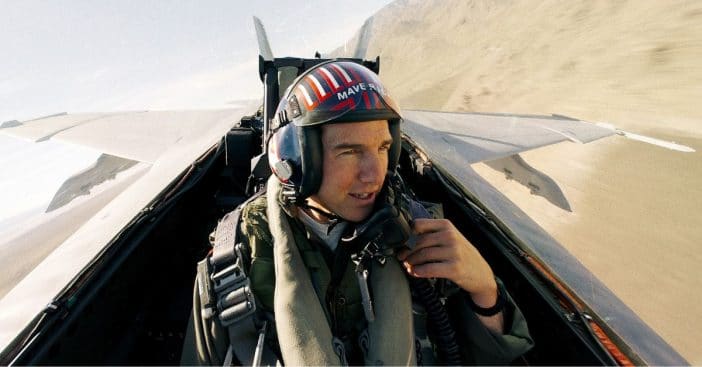 It’s the dream among fans of any franchise that gets a new release. They hope for something that honors what they initially fell in love with that can also make its own positive mark. Based on the numbers coming in, Top Gun: Maverick has achieved that dream this Memorial Day weekend, securing its place in blockbuster history along the way.

Top Gun: Maverick flew to theaters on May 27, right as Americans settled in for a long weekend full of potential. So, how did the movie serve those looking for some early summer fun? Over the holiday weekend, the film netted $156 million in ticket sales. For perspective, numbers such as that for Memorial Day weekend have not been seen in 15 years. But that’s not even the end of the new heights the film reached.

36 years after the first film, #TopGun: Maverick is finally here. We made it for the big screen. And we made it for you, the fans. I hope you enjoy the ride this weekend.

The year was 2007 and Pirates of the Caribbean: At World’s End attracted $153 million in ticket sales during its own Memorial Day weekend launch, a record now surpassed by Top Gun: Maverick. Additionally, notes Vulture, this is the first instant hit of the summer blockbuster season. It also marks a big milestone for Tom Cruise as the first of his many movies that earned over $100 million in just its first weekend. He celebrated the movie on the eve of its release with a post that reads, “36 years after the first film, #TopGun: Maverick is finally here. We made it for the big screen. And we made it for you, the fans. I hope you enjoy the ride this weekend.”

RELATED: Why Are Meg Ryan and Kelly McGillis Not In ‘Top Gun: Maverick’?

This defies some of the more recent trends that have started to solidify among movie-watchers. For one thing, streaming has become more popular, and with so many video-hosting websites around, many people say they watch YouTube more than TV or movies in general. On top of that, comic book movies have been dominating the theatrical ratings in recent years. In fact, Paramount and Skydance anticipated three-day sales below what Top Gun: Maverick earned this Memorial Day weekend, initially predicting $124 million between Friday and Sunday.

What are viewers saying about the sequel?

Top Gun: Maverick reunites some familiar faces like Cruise and Val Kilmer, whose voice was technologically returned to him after a two-year battle with throat cancer and a procedure on his trachea. Set 36 years after its predecessor, it puts Maverick among some fresh recruits, including the late Goose’s son, Rooster.

Echoing what Vulture has reported, Variety notes that the movie’s ratings have put it among the ranks of franchises like Marvel movies or the newest entry into the Wizarding World. TMZ writes that many scenes, even the gravity-defying ones, are done with as little CGI as possible, with the movie mostly favoring practical effects. So, though the actors do not pilot the jets themselves, there is a lot of actual action happening. With a blend of new and familiar – in part through archival footage – Top Gun: Maverick seems to have found the right ingredients to concoct a recipe for sequel success. Have you seen it yet?