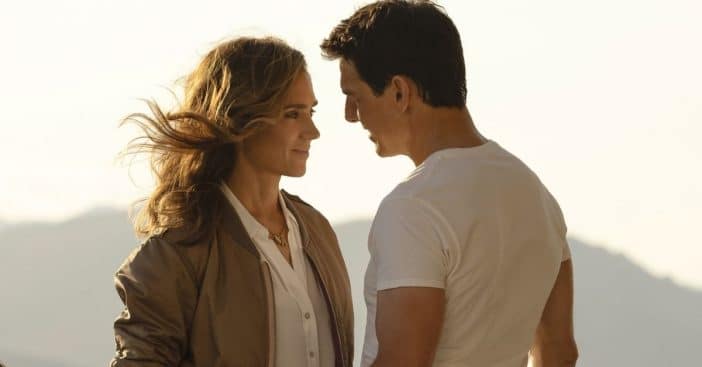 Jennifer Connelly appears in the Top Gun sequel Top Gun: Maverick but it wasn’t always easy. She admitted that she has always had a bit of a fear around airplanes, but co-star Tom Cruise helped to ease a lot of her fears while filming.

Jennifer explained that Tom took her for a spin in a World War II-era plane during their time filming the movie. She said, “It was an extraordinary experience. It was a P-51, which is a World War II plane, and it was pretty extraordinary. We were flying, skimming the top of the mountains and there was a jet right off our wing that was filming us, so it was definitely flying unlike any flying I’ve done before.”

She added, “He’s such a good pilot and he’s so meticulous in absolutely everything that he does, so it was kind of therapeutic for me. As someone who doesn’t really love to fly to do that kind of flying with someone like him I could just enjoy it.”

RELATED: Why Are Meg Ryan and Kelly McGillis Not In ‘Top Gun: Maverick’?

Jennifer stars in the film as Tom’s character Maverick’s love interest. Her character is named Penny Benjamin and she was mentioned in the original film. She shared about their characters, “I love the idea of their relationship. So these characters have known each other for a long time, so I think it was a fun place to start their relationship.”

The highly-anticipated film is set to premiere tomorrow. Check out the trailer below to get excited: