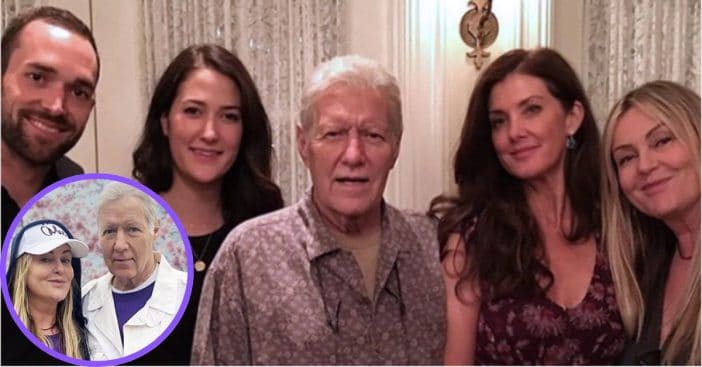 Alex Trebek maintained his role as Jeopardy! host from 1984 until his death from pancreatic cancer in 2020. In that time, he became a comforting constant and an advocate for those in need. Today, Trebek’s family honors his memory by staying closely involved with two things very important to him: fundraising and Jeopardy! along with the show’s legacy.

Most recently, the Trebek family united to support and raise funds for the Pancreatic Cancer Action Network, to propel research against the disease that took Trebek’s life, a process they’ve called bittersweet. Their efforts fall on what would have been his 32nd wedding anniversary with wife Jean. Learn more about how his family honors their lost loved one and what it means to do so here.

Philanthropy has long been a family affair for Alex Trebek, his wife, and children. The Trebek Family Foundation provided hundreds of thousands to Hope of Valley Rescue Mission, dedicated to launching and running a homeless shelter to allow people to reorient their lives with dignity and safety. Much of his wardrobe also was donated to the unemployed so they could attend job interviews with professional outfits no matter their circumstances.

In short, giving was of great importance to Trebek, a passion shared by his family, and a way those who remain are honoring him two years after his passing. Jean Trebek was joined by children Emily, Nicky and Matthew to support the Pancreatic Cancer Action Network. They attended PanCAN’s Purple Stride Walk & Run at the Los Angeles Zoo with plans to continue this tradition in Trebek’s name. “I promised that I would be involved with PanCAN and try to make a difference and impact with them,” shared Nicky. “I plan to do this every year. I plan to do a Team Nicky every year.”

Honoring Trebek is a wistful time for his family

“It’s a little bittersweet because this was the disease that took Alex’s human life,” Jean has said of the family tradition to keep Trebek’s legacy alive. “But, I also know what it pulled from him. His courage, his strength and that was what Alex, I know, wants to be remembered for.”

Nicky is also a familiar face on the Jeopardy! stage, something that helps connect with her late father. “One of the other things I try to do to keep his legacy alive is I worked on Jeopardy!,” she explained, “so I’m close with the Jeopardy! family and the Sony family.” She is also recruiting friends to support Hope of the Valley, knowing that this “was very close to dad’s heart and still close to Jean’s heart.” She continued, “The Trebek Center’s going to be opening with 107 beds for homeless people all over the San Fernando Valley. That was something that he really, really wanted to see come to fruition.” Nicky shared her plans to get people working at the center, adding, “That’s how I’m sort of trying to continue his legacy.”