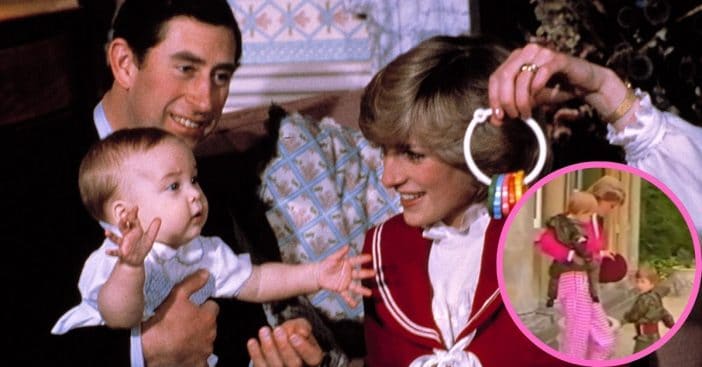 Princess Diana bore many titles throughout her life. Before her marriage to Charles, she was Lady Spencer, and even after she rose to the rank of princess, she was also just as prominently a mother. This is perfectly displayed in a video recorded in 1986 showing the princess managing Prince William and Prince Harry when they were much more young – and more prone to fussy tantrums. Some moms even learned something from Princess Diana.

Diana gave birth to William in the summer of 1982 and Harry in the autumn of 1984. That puts the royal brothers at around four and two respectively when this footage was recorded. It is an almost three-minute-long video circulating now on YouTube showing the children slowly growing up while Diana is able to instantly channel her motherly instincts to corral them on the playground, keep anyone from falling, and ensure their outfits are tidy. Parents, especially moms, today of other backgrounds feel a connection to this tender moment between Princess Diana and her children not as royals but as family.

The ’86 footage offers narration revealing that William and Harry, at that time, were growing up. Though they were still young, it was enough that Princess Diana, who famously stayed very involved in raising her children, did not endure as many sleepless nights. But she stayed attentive and encouraging as the children clambered around the playground in their uniforms, styled after real branches and ranks of service.

The two look like miniature soldiers, their playing a safe mimic of military drills from parachute jumping to simple uniform upkeep. Of course, mom helps with this second part, as at one point Harry runs off before returning to Princess Diana, who offers up the hat he forgot. Even their safe training can get perilous, though, and when William slips, Diana rushes forward to make sure he does not fall. Even when he is safe, she clutches her heart and gives him an admonishing look for worrying her. She also notes the fabric trailing from his shirt that probably should not be there.

Parents everywhere can relate to these moments

In addition to simply being wholesome and cute, this video shows how uniquely down-to-earth Princess Diana was as a mom. She even knows the best tactics for getting willful children to go where she wants. In the video, when it was time to move on from the playground, William ran off elsewhere and lagged behind. Diana, with Harry in her arms, urged William to follow. When the young royal refused, Diana turned away and said, “Alright, Harry will have all the fun.” It had the desired effect and William hurried after them yelling “No!” repeatedly.

In the comments, viewers are touched by this glimpse into family life for Princess Diana. “Alright, Harry’ll have all the fun then.’ This made me chuckle, she was such a normal and natural mother!” wrote one user, adding, “She would have been one of those naughty Nanny’s spoiling them all,” if she got to meet her grandchildren. Another appreciated “the glare Diana gives William then clutching her chest” when William slipped. Under her supervision, her boys also played well together, with William pushing Harry on the swings, both enjoying the activity. Though a lot has changed since then, a common point of fondness for the brothers remains Diana; Harry feels she watched over William as William became a parent himself and is now there for her second son. “It’s almost as though she’s done her bit with my brother and now she’s very much back to helping me,” he explained.

Watch the adorable moments in the video below!

Click for next Article
Previous article: Nephew Of Kenny Rogers Opens Up About Growing Up With Music Legend
Next Post: ‘The Jack Benny Program’: Looking Back At The Show That Helped Create Sitcoms