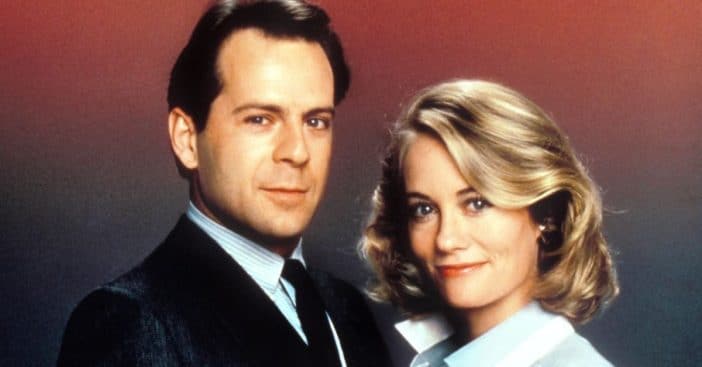 Before he was action legend – and debatable Christmas icon – John McClane, Bruce Willis was a quintessential funny man in Moonlighting, a comedy series that aired for five seasons on ABC. It was a definitive and important part of Willis’ career. So, why isn’t it streaming anywhere?

This question arises with particular interest after Willis recently announced he was stepping away from acting. Willis was diagnosed with aphasia, a disruptive speech condition related to the part of the brain responsible for language comprehension. This concludes a career spanning over four decades. But how do we see where it all began?

Fans looking to revisit the start of Willis’ career have limited options. The DVD box set as been out of print for some time, according to The Wrap. As for streaming options like Netflix, AppleTV, Hulu, and the like, none of them can claim ownership.

Licensing is what put a tight leash on this kingmaker. Disney, with its juggernaut platform Disney+, was the first appealing option for show creator Glenn Gordon Caron. But when he approached executives to get Moonlighting onto Disney+, he was met with hesitancy. “Look, the big problem we have is, the show is just larded with music,” he was told at last.

Is there any hope of seeing ‘Moonlighting’ on any other streaming platform?

Caron was asked if he would consider replacing tricky songs with tunes that sound similar and would be less expensive to use. But Caron just stopped pursuing the matter. In addition to music licensing, execs also cited maturity ratings as a factor, though Caron called music the biggest financial in the decision. Disney, according to Caron, did not name any particular song as the biggest problem, though he noted how Miami Vice also had plenty of timely songs of its own and yet can be streamed on NBC’s Peacock.

Willis’ retirement might be a factor in the show’s favor, though. “Now, obviously with all the press that Bruce and the unfortunate situation he’s in has gotten, suddenly there’s a real interest. People really want to see the work. That, too, has become part of the conversation.” Caron is now represented by WME and has finished talks for a Blu-ray release with Criterion Collection. His next goal is to talk again about getting Moonlighting onto Disney+ or Hulu.

Click for next Article
Previous article: ‘Jeopardy!’ Champ Amy Schneider Admits Her Life Has Been ‘Tough’ Since The Show
Next Post: Barbara Bush’s Daughter Spent Time In NICU Named After Her Grandmother