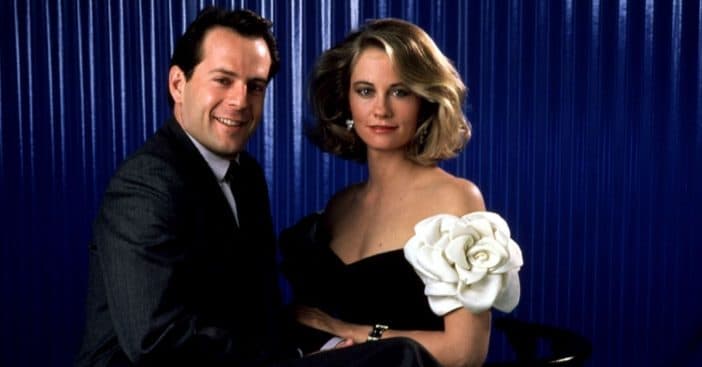 For almost five years, across over sixty episodes, Cybill Shepherd worked alongside Bruce Willis in what would be a defining project for them both, albeit in different ways. That mutual show was Moonlighting, a comedy-drama, in fact one of the first mainstream dramadies, about the cases worked by the Blue Moon Detective Agency.

With its smooth theme performed by jazz artist Al Jarreau, and witty dialogue delivered by two stars rich with chemistry, Moonlighting cemented a place both for itself and its actors in viewers’ hearts for five seasons. For Shepherd, it also sparked an enduring affection for Willis that persists to this day and, thinking about her former co-star, she recently revealed some details about their easy chemistry and just how right Willis was for the role of David Addison. These feelings were not always clean or straightforward, however – or apparently mutual, especially after Die Hard. Learn how Shepherd’s thoughts on Willis evolved over time.

Conceived by Glenn Gordon Caron, who would go on to create Medium in 2005, Moonlighting is responsible for giving Willis a stepping stone into stardom. But first, casting had to find him. It’s said 2,000 actors vied for the role of Addison, and about a third of the way through, Caron tested Willis and knew immediately “this was the guy.” ABC wanted a bit more than gut reactions, so Caron and Willis went through more testings before he was – tentatively – cast in the second lead role.

Shepherd confirms as much as she recalls to Extra, “I just have to say one thing about Bruce. No one else was ever considered for the part when he walked in the room.” This flies in the face of what Caron said was the network’s biggest concern: sexual tension wouldn’t be believable between Willis and Shepherd. Reportedly, there was some tension, though mainly from Willis directed at Shepherd, because he supposedly blamed her for shooting delays. Additionally, once he became an action icon through Die Hard, he reportedly resented getting second billing. But how did Shepherd feel then and how does she feel now?

Tension and affection between Cybill Shepherd and Bruce Willis

It’s reported that a 1989 article from PEOPLE paints the set of Moonlighting as almost a battleground. The story goes, that after Bruce Willis rose to further prominence thanks to his surprising casting in Die Hard, he wanted further respect on set. Meanwhile, in ’87, Shepherd’s pregnancy interfered with scheduling, just in time for Willis to supposedly care a lot about his time off.

But perhaps this displeasure got the most attention because it was the loudest, because Shepherd also claims to harbor a continued affection for Willis that she says began when working together. “My temperature went up 10 degrees,” she admitted. “That meant two things to me: One, I was very attracted to him. Two, I would never act on it, ’cause we were both very attracted to each other.” She added, “I will always love Bruce.”

What did you think of their on-screen chemistry?