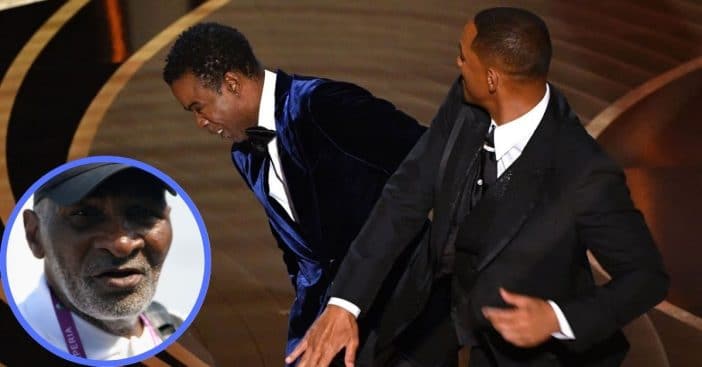 It was the slap heard around the world. The 2022 Oscars, which took place on Sunday, March 27, were very eventful, but not just for the wins and losses expected of that evening. After Chris Rock made comments about his wife’s hair loss, Will Smith ascended the stage and slapped him. In his own Oscars speech later that night, Smith referenced Richard Williams, who he portrays in his film King Richard, as the father of tennis legends Serena and Venus Williams.

On Sunday, Smith won an Oscar for his performance as Richard Williams, the father of Tennis stars Serena and Venus Williams. The big moment came not long after he slapped Chris Rock in the face for commenting on wife Jada Pinkett Smith’s hair. During his speech, Smith referenced the words of the man he portrayed on screen.

RELATED: The Response To The Infamous Will Smith, Chris Rock Slap—Was It Justified?

“Richard Williams was a fierce defender of his family,” Smith began his speech. “In this time in my life, in this moment, I am overwhelmed by what God is calling on me to do and be in this world.” In King Richard, that saw him protecting his peers, Aunjanue Ellis, Saniyya Sidney, and Demi Singleton as they played Oracene “Brandy” Price, Venus Williams, and Serena Williams respectively. “I’m being called on in my life to love people and to protect people and to be a river to my people,” he added. In his speech, he also apologized to the Academy and his fellow nominees and said “Art imitates life. I look like the crazy father, just like they said. I look like the crazy father just like they said about Richard Williams. But love will make you do crazy things.”

Richard Williams appears to weigh in

On behalf of his father, LeSane shared that Williams was as surprised by Smith’s actions as everyone else who watched the Oscars. “We don’t know all the details of what happened,” LeSane told NBC News. “But we don’t condone anyone hitting anyone else unless it’s in self-defense.” When asked for a response to Smith’s acceptance speech and apology, LeSane declined to give further comment. Additionally, neither Serena nor Venus replied to requests for comments, after they had watched the Oscars live at the Dolby Theatre where the event took place.

Jada has been battling alopecia, an autoimmune disorder that attacks hair follicles, which can cause hair loss. “It was terrifying when it first started,” she said back in 2018 on her Facebook Watch series, Red Table Talk. “I was in the shower one day and had just handfuls of hair in my hands and I was just like, ‘Oh, my God, am I going bald?’” Now, she wears her hair shaved. Comedian Chris Rock commented on her now bald style during his own speech, adding, “Jada, I love you – I can’t wait for GI Jane 2.” This is a reference to actress Demi Moore’s shaved head when her character went through rigorous Navy SEAL training. Upon Rock’s remark, Smith went up to him and slapped him and said “Keep my wife’s name out your f—ing mouth.”

The Academy has stated it is launching a review of events.

Click for next Article
Previous article: Bruce Willis Diagnosed With Aphasia, Will Step Away From Acting
Next Post: Melissa Gilbert’s Mother Cried During Daughter’s First Kiss On ‘Little House On The Prairie’