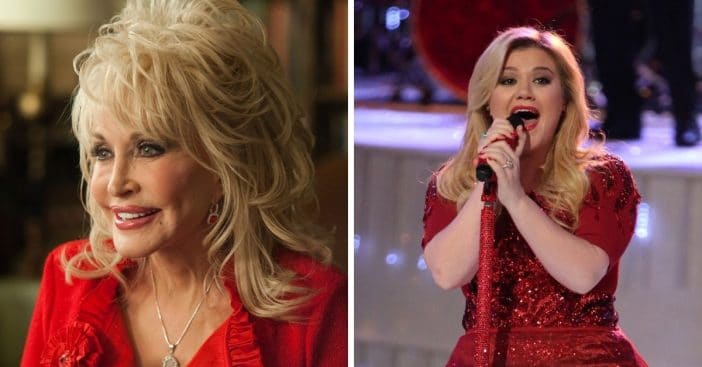 Reportedly, Dolly Parton has recorded a new version of her hit single “9 to 5” with Kelly Clarkson. The original version is upbeat and was made for the film 9 to 5, which Dolly also starred in. The new version is said to be more “melancholic” and was created for a new documentary called Still Working 9 to 5.

The documentary is co-directed and produced by Gary Lane and he admitted that could do a documentary solely on the duet! It will premiere at this year’s SXSW in Austin, Texas. He shared that the song is “definitely slowed down and more haunting” and added “Kelly — you can’t believe how she changes it, too. It’s really mind blowing.”

While the duet version has not yet been released, Kelly previously covered the song during a segment of her talk show called “Kellyoke.” During the segment, she sings popular songs by other artists, putting her own spin on classic tunes. For some, she even records a new music video, much like the one she did for “9 to 5.”

Listen to her version below in anticipation of their new version. We can’t wait to hear it, especially since it is reportedly so different than the original!

RELATED: Dolly Parton Wished Hoda Kotb ‘Happy Birthday’ To The Tune Of ‘9 To 5’

Click for next Article
Previous article: Celebrities Age 90 And Older Prove Age Is Just A Number
Next Post: The Cast Of ‘The Cosby Show’ Then And Now 2022