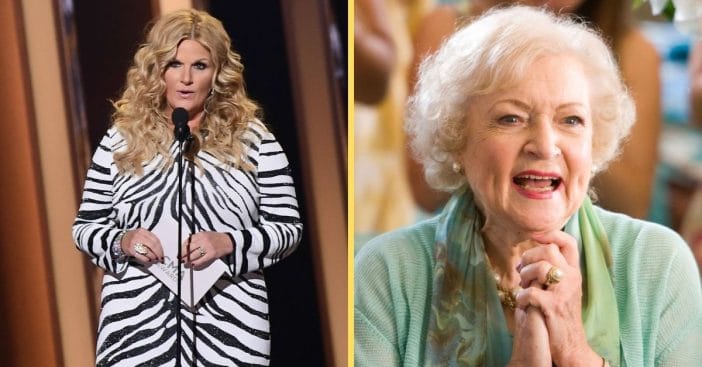 Following the passing of Betty White, fans have donated money to animal rescue charities in her honor. Some offer what they can afford to provide, be it a helpful $5 or a symbolic $100, equal to how old she would have been this January. Trisha Yearwood participated in this occasion of giving known as the Betty White Challenge and amassed over $30,000.

To raise these funds, Yearwood hosted a fundraiser on TalkShopLive, which describes itself as an “always live social-shopping network.” She hosted the event on Monday, January 17, which would have been the Golden Girls actor’s 100th birthday, and encouraged viewers and fans to donate money to benefit animal welfare efforts, a common interest between Yearwood and White.

The country music icon and Food Network chef opened her video with a question that possesses an easy answer. “Who doesn’t love Betty White?” she asked. “I just think, Betty right now is so happy that this is the way that the world is choosing to celebrate her birthday, by giving to animals, which was very near and dear to her heart.”

Yearwood did not meet White personally but saw her magnetic personality and boundless energy as White continued to break new ground in her career. “I think Betty’s appeal was just really, there was no limit, no age group,” Yearwood mused, “everybody just loved her. I remember as a kid watching her on the ‘Mary Tyler Moore Show’ and then, of course, ‘Golden Girls’… [She was] just beautiful and funny and smart and full of love. The world has really lost a wonderful person, but this is how we keep people that we love alive.” Advocating for animals was a cause that White would have wanted to see cherished, as she was vocal about her own efforts to help Earth’s critters, big and small.

Have no fear, even though it’s hard to hear

Seriously, thank you for being a friend and doing the #BettyWhiteChallenge with me! We raised over $24k in 15 minutes and the donations are still coming in! Everyone who donates $25.00 or more will get this #DottiesYard magnet! Xo

White, for all the smiles she provided generations of fans, would have cause to smile thanks to the results of Yearwood’s charity stream. Yearwood shared an update via Twitter announcing, “Seriously, thank you for being a friend and doing the #BettyWhiteChallenge with me! We raised over $24k in 15 minutes and the donations are still coming in!” Those results totaled over $38,000, she excitedly updated not long after.

I’m blown away! We’ve already reached our goal of $30,000+, but let’s keep this love flowing!! Thank you all so much!! xo 🐾 #BettyWhiteChallenge

But Yearwood had an additional way of being a friend to the animals White loved so dearly. Recall that this matter is important to Yearwood as well. In fact, last year, she started Dottie’s Yard Fund, a charitable organization named in honor of Yearwood’s late dog to “help dogs and cats all over the country.” Yearwood vowed that Dottie’s Yard would match the resulting donation raised for the Betty White Challenge. As an extra treat, anyone who donated $25 or more would receive a Dottie’s Yard magnet, featuring a pawprint with Yearwood’s initials scrawled across it. Bringing happiness in this way is certainly the way to honor someone who brought such joy to so many.