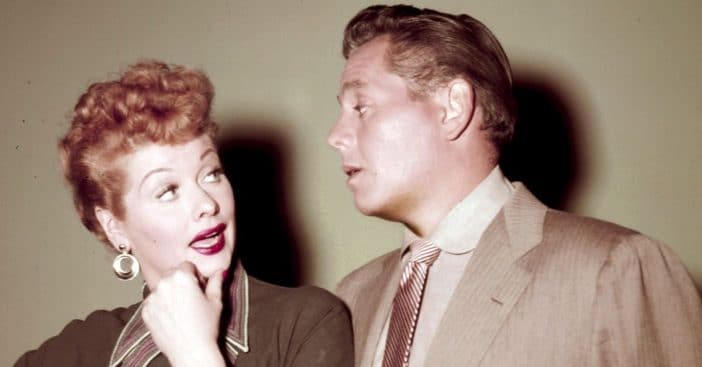 The relationship between Desi Arnaz and Lucille Ball was always a tumultuous one, and as passionately and as deeply as they loved, that’s how much they fought. Well known is the fact that they not only played married couple Ricky and Lucy Ricardo on the iconic series I Love Lucy, but were married in real life as well. While it was Lucille’s insistence to CBS that Desi play her TV husband, it wasn’t just out of loyalty to him, but because she felt deeply in her heart that it was the one thing that could keep them together as husband and wife. And for a time, it worked, but by the end of the show, divorce was inevitable. They signed the papers in 1960, the day after the final scene of the final episode was shot. Before he died in 1986, Desi opened up about filming that moment with Lucille.

I Love Lucy originally ran from 1951 to 1957 for a total of 180 half-hour episodes. Then, from 1957 to 1960, 13 hour-long episodes of The Lucille Ball-Desi Arnaz Show (retitled as The Lucy-Desi Comedy Hour for reruns) were produced. After that, they remained partners for two more years in Desilu Productions before Lucille bought Desi out.

Desi Arnaz talks about his final scene with Lucille Ball

Desi admitted that their final scene together was very emotional. He shared, “Doing that last Lucy-Desi Comedy Hour was not easy. We knew it was the last time we would be Lucy and Ricky. As fate would have it, the very last scene in that story called for a long clinch and a kiss-and-make-up ending.”

He continued, “As we got to it, we looked at each other, embraced and kissed. This was not just an ordinary kiss for a scene in a show. It was a kiss that would wrap up 20 years of love and friendship, triumphs and failures, ecstasy and sex, jealousy and regrets, heartbreaks and laughter… and tears.”

He said they both started crying when the scene was over. They knew it was both the end of their working and romantic relationships. But the ironic thing is that they never stopped loving each other for the rest of their lives. As their daughter, Lucie Arnaz, puts it, “The best thing that ever happened to them was getting divorced. They had a great divorce. They had a very successful divorce. It was fantastic. If their parents can’t get along and that happens, then kids should be so lucky to have a divorce like my mom and my dad did, because they were kind, they never said bad words about each other in front of their children and they stayed friends until the day they died. It was a fantastic romance that even got more passionate and more friendly after they were not married to each other anymore.”

Click for next Article
Previous article: Dolly Parton Once Explained The Real Reason She Never Had Kids
Next Post: The Cast Of ‘Silver Spoons’ Then And Now 2022