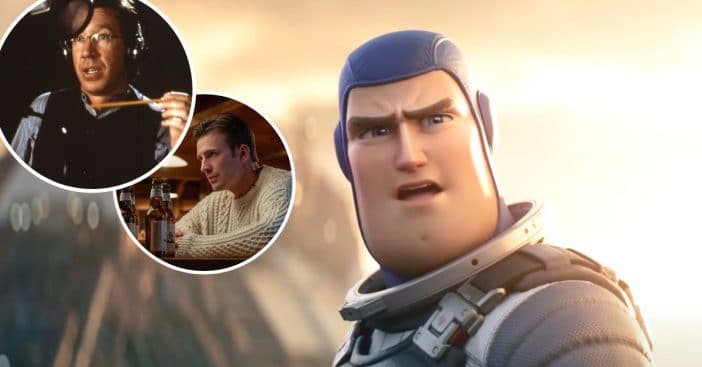 Tim Allen is sharing his thoughts on the new Buzz Lightyear film called Lightyear. Tim previously voiced Buzz in all of the Toy Story films. He was not asked to voice the character in the new prequel film because it was a different version of Buzz.

The film tells the origin story of the Space Ranger that inspired the toy seen in all of the Toy Story films. In Lightyear, actor Chris Evans voices the character and he was very excited to be a part of it.

Tim Allen shares his thoughts on the new ‘Lightyear’ movie

Chris said, “The movie ‘Toy Story’ was such an impactful film. It’s so iconic and the characters had such variety. They just offer something that’s so relatable. This film is the origin story of Buzz Lightyear. It’s the story that made Andy and his friends want to go buy a Buzz Lightyear toy. I’m a massive Pixar fan. … It’s unlike any Pixar movie to date.”

However, Tim finally broke his silence about the film. He said he previously didn’t speak about it because “it had nothing to do [with my character].” He explained, “This is a whole new team that really had nothing to do with the first movies,” and he originally thought the film would be a live-action movie, not an animated one.

He added that the new film has “a wonderful story. It just doesn’t seem to have any connection to the toy. I wish there was a better connection.” The film is in theaters now if you’re interested in seeing it. Watch the trailer below:

Click for next Article
Previous article: The Cast Of ‘B. J. And The Bear’ Then And Now 2022
Next Post: Ree Drummond And Guy Fieri Team Up For New Food Network Series