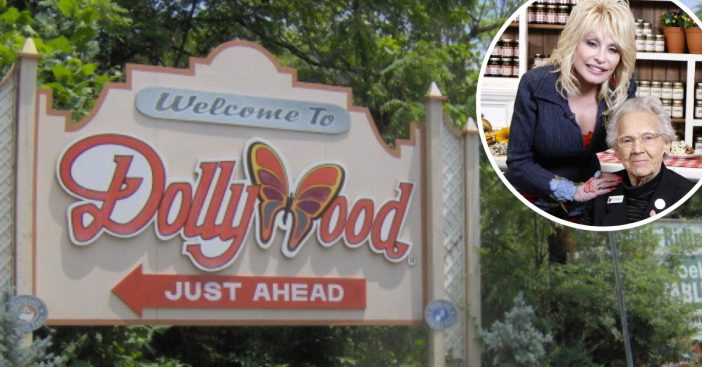 Johnnie Crawford, lovingly known as Ms. Johnnie, never missed a day of work in 32 years. She worked at the theme park Dollywood, created by singer Dolly Parton. Johnnie began working at the theme park as a Dollywood greeter when it opened in 1986 and worked up until her death in December 2021 at the age of 94. She became a staple for fans and other workers at Dollywood alike.

Dollywood officials released a statement about the loss. It read, “She often said her favorite part of the job was being able to meet so many different people and learn about them. It was a common sight to see her fellow Dollywood hosts stopping by to say hello and enjoy time with her.”

Beloved Dollywood greeter Ms. Johnnie died at the age of 94

Johnnie mainly worked at the Chasing Rainbows Museum, which tells the story of Dolly’s life. Years ago, Johnnie admitted that she loved the job and had no plans to retire. On the funeral’s website, many wrote that Johnnie just loved Dolly and Dollywood so much and that she was so fun to be around.

RELATED: Dolly Parton Is Making Some Big Changes To Dollywood

Part of her obituary reads, “Johnnie grew up in during the Great Depression and learned how to survive on very little. She was tough and gentle. She would wake up at 4:30 every morning and walk her dog Gypsie. She loved to work, stayed happy and ate what she wanted, including tomato and mayonnaise sandwiches. She will be missed by so many.”

Rest in peace Johnnie! All of the people you knew will surely miss your smile at Dollywood every day.