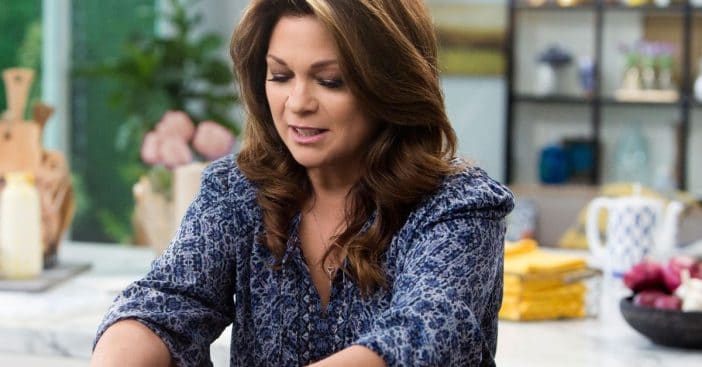 Valerie Bertinelli is getting real in her new memoir. Not only does she discuss the relationship and end of life of her ex-husband Eddie Van Halen, but she opens up about her struggles with her weight and the scale. Valerie said she has dieted many times over the years and is just now ready to accept her body the way it is at age 61. Valerie admitted that she got rid of her scale and doesn’t plan to use it anymore.

Her problems began when she was a kid and realized that her father was abusive to her mother whenever she gained weight. Teachers even made fun of Valerie if they noticed she was gaining weight.

When Valerie became an actress, she was thrown into an industry that is very critical of body types and weight. While working on One Day at a Time, she said she would compare herself to co-star Mackenzie Phillips, who had a very different body shape.

Later in life, she became a spokesperson for Jenny Craig and lost 50 pounds in the process. She said, “I wasn’t trying to get healthy or deal with the reasons I had gained weight over the years. I had split from Ed and I refused to take money from him. As a single working mom, I needed to make money. Jenny Craig was a good job.”

These days she says, “The goal is to live in the moment. And not according to the scale.” She added, “There is no magic number that will make me feel good about myself. I’m done judging myself. I want to be kinder and more accepting of myself. I have a lot of decades of thinking I have to look a certain way for people to accept me and to like me.”

Valerie’s memoir will be released on Jan. 18. Pre-order the book here.

Click for next Article
Previous article: Trailblazing Actor Sidney Poitier Dies At 94
Next Post: Beloved Dollywood Greeter Dies At 94 After Working There For 32 Years