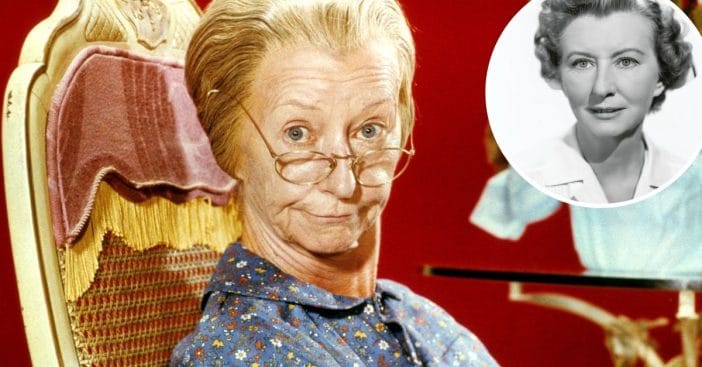 Actress Irene Ryan was actually born Jessie Irene Noblitt in 1902. She began her career at the young age of 11 after winning a contest for singing the song “Pretty Baby.” It sparked her love for performing and acting and her career blossomed when she met Tim Ryan. They married when she was 20 and performed in vaudeville as a double act. They starred in several short comedies as Tim and Irene.

Whatever happened to Irene Ryan?

Irene was best known for her role as Daisy “Granny” Moses, in The Beverly Hillbillies. She was the mother-in-law of Jed Clampett but in real life, she was only five and a half years older than Buddy Ebsen, who played Jed.

Irene was nominated for an Emmy Award for Outstanding Continued Performance by an Actress in a Series (Lead) in both 1963 and 1964. She remained on the show until its end in 1971. Irene moved on to Broadway and starred as Berthe in the musical Pippin. Sadly, she was on stage during a performance and had a stroke in 1973. Irene was a heavy smoker all of her life and was diagnosed with an inoperable glioblastoma (malignant brain tumor).

She died at the age of 70 on April 26, 1973. In her honor, her foundation, The Irene Ryan Acting Scholarship, still gives out awards and financial assistance to outstanding actors in college.