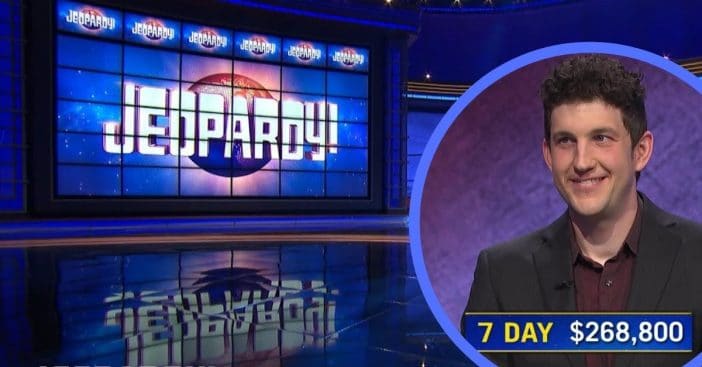 A game show with a style of answering that is presented as a question: what is Jeopardy! Fans of the long-running game show are familiar with its unique approach to trivia, but lately one contestant’s manner of answering has some viewers frustrated with him.

The official Twitter page of Jeopardy! even had to step in after some viewers got so vocal about their dislike for the way contestant Matt Amodio answered questions. Did he break the rules, or create some agonizing work around? What was the game’s final verdict?

What’s up with this contestant’s answering style?

What’s up with Matt Amodio? A lot of “what’s” in his responses — and that’s totally acceptable!

Current Jeopardy! champion Matt Amodio has been on a roll with correct answers, in that they are accurate to the subject the trivia is looking for. However, his answering style has some viewers irked. Why? He always starts with “what’s…” as opposed to changing it to “who is” or “where is” if it’s referring to a person, place, and so forth.

Finally, on Monday, the official Jeopardy! Twitter account shared a post in response to the criticism from “viewers and grammar police” and purists. The post acknowledged that Amodio’s actions have sparked “a lot of questions about what’s acceptable” and assured fans that “We’ve got some answers.”

So here’s the final verdict

“What’s up with Matt Amodio?” the statement posed in response to all the debate. “A lot of ‘what’s’ in his response — and that’s totally acceptable!” The ruckus has sparked a look over the rule book, which requires contestants to reply to prompts with a question. “Over the many years that Jeopardy has been on the air, we’ve experienced some rare scenarios that require us to refer back to the official rules of the game,” Jeopardy! shared.

It went on to set the record straight, “Streaking champ Matt Amodio has received a lot of attention lately for his unorthodox use of ‘What’s…?’ as a template for all responses — be they animal, vegetable or mineral. Viewers and grammar police alike have a lot of questions about what’s acceptable. We’ve got some answers.”

So, what is your opinion of this?