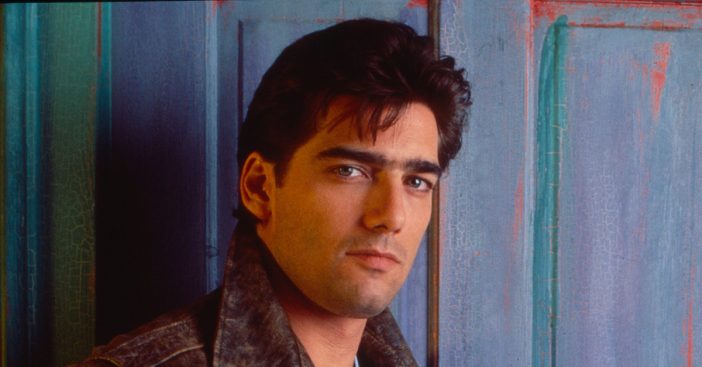 Taking down underworld empires was all in a day’s work for OCB agent Vincent Terranova on the ‘80s undercover series Wiseguy. But Ken Wahl, the actor who brought Terranova to life for three seasons from 1987 to 1990, has, in his own life, pursued a different sort of justice, in this case for veterans of America’s wars.

It began in 2010 with a news report that there was an average of 22 veteran suicides per day, a number Wahl couldn’t wrap his mind around. “To me, it was just unconscionable,” he states. “I was kind of walking around in circles, saying, ‘What do I do?’ So I just started getting on Twitter and blasting out to whoever cared to listen, and I was amazed by the response. I’ve been doing it ever since and that has become my calling and my purpose in life.”

Having started the conversation, Wahl was stunned by his interactions with people who were talking about husbands who had been in the Air Force and sons serving in Afghanistan, and everything they and others had been through — with things just continuing from there. “My further purpose,” he explains, “to help military personnel that have PTSD, which causes them a deep depression and then potential suicide, was to connect them with animals.”

RELATED: A New Potential Bill May Cover The Cost Of Service Dogs For Veterans With PTSD

As he explains it, Wahl experienced an accident in 1992 that resulted in injuries so severe that he was, as he calls it, “forcibly retired.” He struggled with pain on a daily basis over the years, and animals played an integral role in helping him pull through. “After I got hurt,” Wahl notes, “animals to me were a great comfort, because I went through a very long, dismal period where I just felt completely useless and worthless, because I really couldn’t do anything after my injury. And I just hated that feeling. But animals, to me, were a great solace and a great comfort. So I thought, ergo, if they are comforting to me, they might possibly be comforting to these poor souls suffering from PTSD.”

Flash forward to August 2021, and years of effort finally paid off with Congress passing the PAWS (Puppies Assisting Wounded Servicemembers) Act. “My wife, Shane, and I have been working toward this goal for several years, and while much work still needs to be done, the passage of this act is an encouraging sign for the future improvements to the plight of our Veterans,” says Wahl.

Charity is Their Bond

Charity work is a way of life for he and his wife, Shane Barbi, both of whom recently renewed their vows in celebration of 24 years of marriage. “Charity became our bond,” he muses. “Together through the years, we’ve helped rescue animals and paired them up with veterans suffering from PTSD. Shane has trained most of the dogs that we have saved from local kill pounds and then use them for therapy animals. We have even used rescued cats as comfort animals, which helps veterans suffering with anxiety. We also saved wild horses from kill lots that were destined for horse slaughter. Shane will train these horses for equine therapy for veterans to use in order for them to overcome their PTSD. Ever since 2001, my wife, along with Willie Nelson and his family, have all worked with animal lobbyist Chris Heyde in stopping horses from being sent to slaughter with the Safe Act, HR 3355.”

The road that brought Wahl to this point began in Chicago, Illinois in the late 1950s. About 20 years later he was considering joining the Marines when he decided to become an actor — but not for any reason that had to do with fame. “My concern then in helping people was my own family,” he says, “because all of my family was struggling financially. Since the day I was born, that’s all I could remember. We weren’t destitute to the point that we were worried about our next meal, but our next meal after that was in question. My parents, God bless them, never took a nickel from the public trough, and I’m very proud of them for that. But, on the other hand, they essentially worked themselves to death. Both of them. I wanted to do something different. As a job, acting is wonderful. But as an occupation, to me, it’s kind of silly. I mean, you’re just pretending to be someone else. I’m not saying there’s anything wrong with that, but I think the big thing that they make out of it is really excessive. So I was very pragmatic about it and just approached it as a job.”

Well, his approach worked. In 1979 he made his debut in director Philip Kaufman’s The Wanderers, a music-filled drama set in 1963 New York and focusing on the gangland subculture. In 1981 he had the incredible opportunity of working with Paul Newman in the cop drama Fort Apache, The Bronx. Of the latter, he recalls a conversation during which the legendary actor informed him that being famous “is 98% bad.”

Laughs Wahl, “I said, ‘Well, what’s the 2% that’s good?’ He said, ‘You can always get the best table in a restaurant. But that’s about it. Everything else about it is terrible.’ I said, ‘Luckily I’ve never had that urge to be famous anyway. I just want to be able to work and make a decent living and enjoy my life as much as I possibly can.’ So he said, ‘That’s good. You’ve got a good head on your shoulders, kid.’ We got along wonderfully, and I really did love the guy. And that was a time, too, when his own son, Scott, had died of a drug overdose. He told me that I kind of reminded him of his son, who was several years older than I, but I guess there was some similarity in looks. You could tell how deeply saddened and affected he was by his son dying.”

Subsequent credits include The Soldier and Bette Midler’s Jinxed in 1982, co-starring with Cheryl Ladd of Charlie’s Angels in Purple Hearts (1984), The Dirty Dozen: Next Mission, and Double Dare in 1985, The Gladiator in 1986, and Omega Syndrome in 1987. All provided a variety of characters for him to play, but perhaps the most important was next: Stephen J. Cannell’s series Wiseguy, which saw him playing undercover cop Vinnie Terranova, who is sent out to infiltrate the mafia in the show’s first story arc (multiple episodes to tell a single story; pretty unheard of at the time when standalone was the way of the networks), and then following the character as he went from one undercover assignment to another, dealing with a complexity of emotion as he would get closer to some of them than he ever should have.

By the time he came up with Wiseguy, Stephen J. Cannell was already a prolific producer, but outside of James Garner’s The Rockford Files, there was little in his credits that would have suggested something as grounded as this show. “I’m telling you,” Ken shares, “when I first heard about Wiseguy and heard it was Stephen Cannell, my heart sank. I said, ‘Are you kidding me? Is this what you think of me?’ I almost fired my agent. I said, ‘Stephen Cannell? That’s the A-Team and Hunter guy.’ He said, ‘I know, I know. Just read it.’ I did and I was floored. I couldn’t believe it, because A-Team was a cartoon and Hunter was a direct — I mean, direct — rip-off of Clint Eastwood’s Dirty Harry. So I give him a lot of credit, because those shows and other shows like it that he created were very successful and made him a lot of money, so it would not have been too far of a stretch of the imagination that he could’ve just continued doing shows like that. But he decided to go in such a different direction with Wiseguy and I was thrilled.”

Giving the Spotlight to Others

For Wahl, Wiseguy represented an opportunity to work opposite a number of actor heavyweights, among them his co-star Jonathan Banks (Breaking Bad), Ray Sharkey, Kevin Spacey, William Russ, Fred Dalton Thompson, Jerry Lewis, and Tim Curry. What’s fascinating is the fact that despite the star power, there was never a sense of the actor trying to stand out above anyone else. “I think that comes from my sports background,” he muses, “where if everyone does well, we all benefit from it. I wasn’t trying to outdo my teammates, and I felt like we were teammates, especially, of course, on Wiseguy, because it was a continuing thing and lasted for three and a half years. I was like the captain of the team, and I wanted everybody on the team to do well. And they did, so I had no problem with giving everybody some time in the spotlight. No problem at all.”

Wiseguy anticipated binge television with its serialized story arcs, but back then the opportunity to binge wasn’t the same as it is now. Details Wahl, “You saw it once when it came on during the fall and winter, and then you saw it once in the summer, if you wanted to, as a rerun before the next season started. Now you can stream, use DVR, and all the rest, which we didn’t have. That’s why our ratings were never huge and there’s no way they could be, especially back then, because people weren’t in that mindset of binge-watching. But I knew we were far ahead of our time. I really had that sense. Of course, I didn’t know what form streaming and all that stuff was going to take and DVDs and all that, but I knew that we would be appreciated more in the future than we were in the present time when we were on as original programming. And sure enough, we’ve got bigger audiences now for Wiseguy than we ever did when we were on CBS. It’s on Amazon and all over the place.”

He remains justifiably proud of Wiseguy and its place in television history, but his work on the behalf of the vets is what he holds most dearly as well as the impact that it’s made. “Again,” he closes, “this is about connecting with people. I’ve gotten so many responses saying things like, ‘My son was deep within PTSD and we got him a little black Lab puppy and his whole mood has changed.’ It’s really amazing the therapeutic value of animals, especially for the infirmed, whether it be physical, emotional or both.”