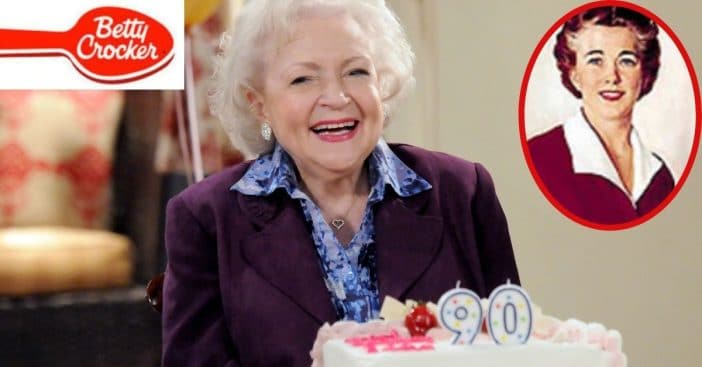 It just so happens that two enduring cultural icons in America are named Betty, and both White and Crocker began their journeys ten decades ago. So, when White celebrates her birthday in mid-January, she’ll be turning 100 just like the unmistakable Betty Crocker. Naturally, there is now a collaboration between the two icons.

Betty Crocker might as well have been real, for how recognizable her name is, how universal her logo. Technically, though, she is instead a well-crafted character conjured into existence by the Washburn-Crosby Company. Jump ahead a hundred years, and White is teaming up with the Betty Crocker team for a collaborative campaign to double the fun.

On October 18, White took to Instagram announcing her partnership with Crocker and Walmart ahead of her own 100th birthday, which falls on January 17, 2022. “I love birthdays!” she writes, also labeling the post as a “#AD.” The caption goes on, “With my 100th birthday coming up, I have a lot of great memories from different celebrations over the years. With @BettyCrocker and @Walmart, you can celebrate your own birthday cake creations and celebrations. Share using #100waystocelebrate.”

The accompanying pictures start with a black-and-white photo of White in her youth smiling and winking at the camera, then a picture of white with a similar expression in the present day beside a cake, and finally birthday cakes and cupcakes with the Walmart logo at the bottom.

So, what is the campaign?

Birthday sisters keeping up the trend

Walmart shoppers had the chance to receive gift cards at the store to “bake a birthday cake on Betty,” essentially having White cover the cost of culinary fun. The collaboration may have been sparked by the birthdays of an actress and a baking mascot, but the focus is kitchen enthusiasts. A spokesperson specifies, “The campaign is all about reaching and celebrating home bakers, culinary enthusiasts and even those new to the kitchen that enjoy making memories with their families.”

Betty Crocker celebrates her creation on October 21, 1921, and is today considered a cultural icon. A few women have contributed various traits to Crocker, similar to many babies becoming the face of Gerber; Blanche Ingersoll was the voice of Crocker after the mascot earned a slot on a Minneapolis station with The Betty Crocker Cooking School of the Air. Agnes White was one of the faces to give Crocker an image.

White, was it? Perhaps the two’s fates were destined to remain connected, and connect they did; ten years ago, Betty White celebrated her milestone 90th birthday with a triple layer cake designed specially by the Betty Crocker baking company. Company food editor Kristen Olson at the time stated, “Betty White is one of the most popular actresses of our time, and Betty Crocker is honored to create this one-of-a-kind birthday cake for her. This cake is our gift to Betty White in celebration of her ninety amazing years, and we think this vibrant cake really reflects her personality and the many things we love about her.” And, of course, the company celebrated 90 years of its lead baker too.

RELATED: Cooking With Betty Who? Here are the facts.