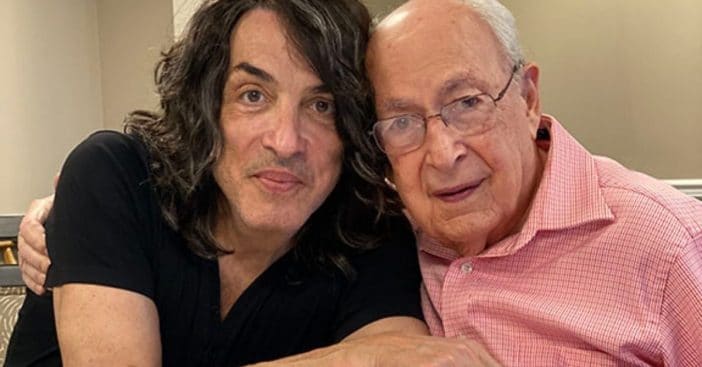 On November 7, Paul Stanley shared a tribute post on Twitter announcing the death of his father, William Eisen. According to the post, Eisen was over 101 and a half years old. Over the years of Stanley’s music career independently and with KISS, Eisen features in several of his photos, always in a role of support for his son.

“My dad William Eisen has left this earth after 101 years & 7 months,” his post reads. “His thirst for knowledge never wained. He could speak on virtually any subject. His pride in my accomplishments was heartwarming as was seeing his love of my family. He said he’d always be with me and he will.”

My dad William Eisen has left this earth after 101 years & 7 months. His thirst for knowledge never wained. He could speak on virtually any subject. His pride in my accomplishments was heartwarming as was seeing his love of my family. He said he'd always be with me and he will. pic.twitter.com/uKWHP9Okax

Stanley, the son of Eva and William Eisen, acquired his affinity for music thanks to his parents, who always listened to classical music. Thanks to them, he found inspiration in light opera and Beethoven. Both sides of his family came a long way to plant their roots in America. Both of Jewish background, his mother’s family fled Nazi Germany first to the Netherlands then New York City, while his father’s family came from Poland of a very mixed background.

Often, money was in short supply. Stanley revealed in his authorized biography Kiss: Behind the Mask, that William Eisen worked as a furniture salesman. Originally, Eva was a registered nurse before she became a teacher for those with learning disabilities. Stanley also shared a tough life for all parties, explaining, “My parents slept in the living room and my sister and I shared the bedroom.” Everyone was so focused on surviving day to day that little attention was paid to Stanley’s condition at birth known as microtia, which deafened his right ear when it could not form properly.

Every moment was worth celebrating

Stanley enjoyed a famously close friendship with his father, showcased on social media. Back on April 7, 2020, Stanley shared a photo of himself smiling beside an equally happy Eisen. The accompanying caption announced the date as his father’s 100th birthday and called Eisen an “awesome man” who was “so proud of his son.” Stanley further shared “I love him dearly” and bid everyone “PLEASE WISH HIM HAPPY BIRTHDAY ON THIS MILESTONE.”

His former KISS peer, Bruce Kulick, heard the news of Eisen’s passing. Kulick last worked with KISS as an official part of the band from 1984 to 1996, yet it might as well have been yesterday when he shared a post on November 8 celebrating Eisen. He shared a photo from his 40th Stanley’s 40th birthday, and said of Eisen, “I always loved meeting him. He was a wonderful man and always so proud of his son.”