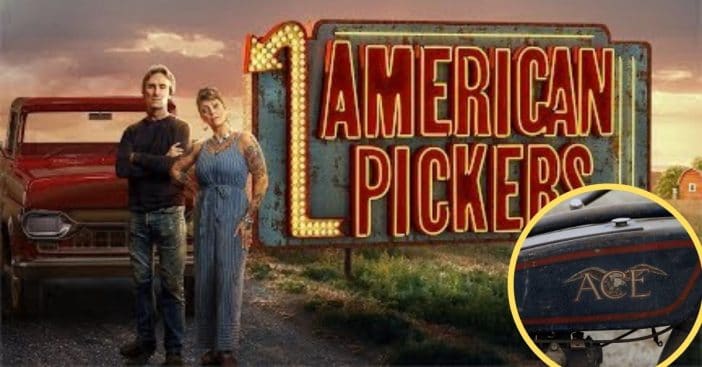 History is always in the making, and each day brings new value to what had been the norm moments ago. Owning a piece of history comes with a lot of sentimental value, but also with a high price tag for the item in question. The sleuths with American Pickers have paid a lot to secure treasured artifacts, but what was the most expensive? Turns out, something from the long-gone Ace Motor Corporation.

The History channel’s reality series American Pickers began back in 2010 and has seen its hosts scour the country for treasured memorabilia, from authentic old weaponry to decadent replicas fit for royalty. But it was actually a rare Ace luxury bike that demanded the most for Mike Wolfe and Frank Fritz to secure.

Founded between 1919 and 1924 in Philadelphia, Pennsylvania, the Ace Motor Corporation had an intermittent heyday until 1927. The company based itself off of Henderson Motorcycle after its founder, William G. Henderson, sold his original company to Ignaz Schwinn’s Excelsior Motor Manufacturing & Supply Company. Similarly to its predecessor, the motorbike produced by Ace Motor Corporation was a four-cylinder motorcycle with a chain drive.

This became the consistent basis for all luxury bikes produced by the company from start to finish; each new edition sported only some minor alterations until the company’s end. One, dating back to the 1920s ended up in a barn house packed with other motorcycles. When the American Pickers team arrived to see if some business could happen, they learned the seller’s father had collected motorcycles, and that barn contained his collection.

The price of history and limited supply

The episode in question, season 17’s “The $90,000 Question,” showcased a vast assembly of motorcycles lovingly accumulated over the years. Initially, it seemed that, though appreciated, most of the vehicles weren’t worth much; then Wolfe and Fritz found the motorcycle from Ace Motor Corporation from the 1920s. The bike sported both the benefits of being very low in supply and very old. To secure it, the pickers offered to pay $45,000. Ultimately, they further offered to buy the whole collection for a more appeasing deal. That final bid cost them $90,000.

As of September 4, that has been their most expensive bid, according to Looper. Recently, American Pickers experienced some dramatic changes with its cast, most notably the departure of co-host Frank Fritz, but it has not been canceled, so there may yet be another purchase down the line that beats that price tag. To revisit some of the most dramatic and historical purchases from the show, viewers can tune into the History channel on Sundays for reruns and Monday at 9 pm EST for new episodes.