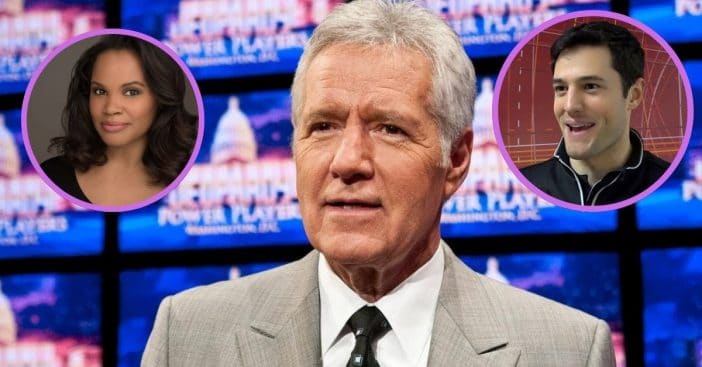 Following the passing of Alex Trebek, the search for a new host of Jeopardy! saw weeks of guest hosts trying their hand at the job. After Mike Richards became embroiled in push back, he stepped down, and the search continues. But Trebek had actually listed people he thought could host Jeopardy! after him.

Trebek had two favorites for the job. When Jeopardy! announced the next hosts, it named two individuals as well: executive producer Mike Richards as primary host, and Big Bang Theory actress Mayim Bialik for specials. She, too, has had past quotes resurrected for scrutiny.

Who did Alex Trebek suggest to host ‘Jeopardy!’?

Support from fans has been spread across multiple guest hosts the last few months, and some felt thrown by the initial choices of Richards and Bialik. But did Trebek ever mention anyone he thought could host Jeopardy! after him? He did. In fact, he had two ideas.

When asked back in 2018, Trebek named Laura Coates and Alex Faust as potential host candidates. Coats works as a CNN senior legal analyst and Faust is known as an NHL sportscaster. “The fellow that does play-by-play for the Los Angeles Kings, they should consider him,” Trebek specifically told Harvey Levin with OBJECTified. He went on, “There is an attorney, Laura Coates. She’s African American and she appears on some of the cable news shows from time to time.”

After they were mentioned by Trebek, but Coates and Faust shared their appreciation for the shoutout. “Incredibly honored & humbled @Jeopardy Alex Trebek 1) knows who I am 2) thinks I’d be a great host of my fave game show ever that I grew up watching w/ my family & still watch w/ my own kids (who saw him say this & now think I’m a genius),” tweeted Coates.

Meanwhile, Faust wrote, “I guess there are worse ways to randomly see your name show up on TMZ! I’m flattered by Mr. Trebek’s kind words, and delighted to hear he’s a big @LAKings fan!” Neither Coates nor Faust were part of the guest host marathon, which included Jeopardy! GOAT Ken Jennings and the hugely-supported LeVar Burton who had a viral campaign backing him. Richards’ withdrawal from the position once again raises questions of who will take on the job.

Who do you want to see as host of Jeopardy!?