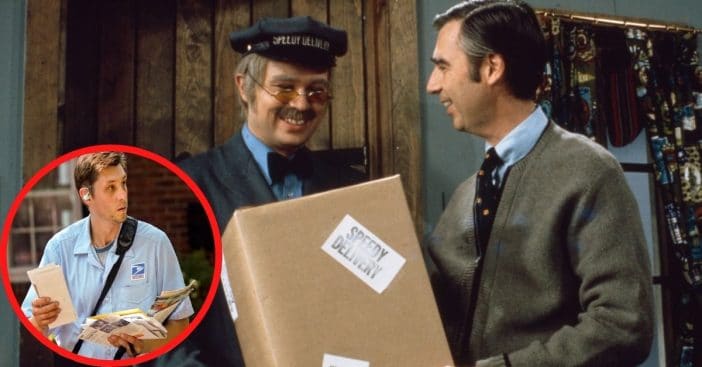 One of the strengths of Mister Rogers‘ Neighborhood was its broad cast of characters. The Brown family, carpenter Keith, the Neals, all helped create a living, breathing world to educate children on important matters. Much of Fred Rogers‘ lessons ran smoothly thanks to Mr. McFeely, a postman played by David Newell.

Newell turns 83 in September 2021 and is still acting. With his wife Nan, he is the father of a daughter named Catherine and two sons named Taylor and Alex. Alex Newell actually carries on his father’s important work from Mister Rogers in a very direct way: as a mailman!

People spoke with Alex Newell, son of the original Mr. McFeely, David Newell. He lived with this exposure most of his life, though at first it was easy to overlook. “When you’re living around it, you don’t realize how special and kind of cool it is,” he explained. “It was a lot of days being on set and in the offices and going to appearances with my dad and meeting a lot of interesting and famous people.”

At first, Alex pursued his father’s exact career by entering the entertainment industry. He appeared in independent films and the reality show Crash Course. This line of work saw him predominantly living in Los Angeles, but he ended up settling in Pittsburgh, where he got engaged and became a father. That’s right, Newell is also a grandfather to a grandson named Ashton, all of one year old!

Stable as it gets

With this new way of living locked in, Alex then wanted to secure a more stable job. That ended up stationing him at the United States Postal Service. Naturally, Alex’s father noticed the parallel, and Newell even noted, “How ironic he would be a delivery/postal worker, and I’ve been pretending to be one for over 40 years.”

Typically, Alex does Pittsburgh’s Squirrel Hill route. However, he’s living the best of both worlds. Earlier in August, he appeared on the educational PBS Kids show, Daniel Tiger’s Neighborhood. The series acts as a spinoff to Mister Rogers’ Neighborhood, this time starring the young resident of the Neighborhood of Make-Believe. Who did Alex Newell play? A mailman who saves the day for a little girl trying to send a present to her friend. Additionally, the package ends up at house number 143, Mister Rogers’ code for “I love you.”

Click for next Article
Previous article: Top Nostalgic Movies To Pass Down To Your Kiddos On The Next Family Night
Next Post: Elvis Presley’s Estate Says There Will Never Be A Hologram Tour