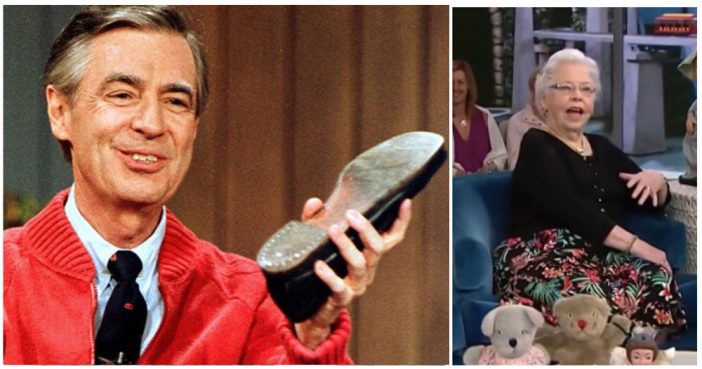 It’s a beautiful day in this neighborhood when you get to hear this proposal story! Fred Rogers’ widow, shortly before her death at age 92, revealed the very Mister Rogers Neighborhood way that he proposed to his wife back in the day.

Joanne Rogers was married to one of the most beloved children’s television stars for 50 years. She revealed to TODAY just how Fred Rogers proposed to her, and it’s just as old-fashioned — and endearing — as the show itself!

So, how exactly did Fred Rogers propose to his lovely Joanne? Through writing.

When Fred Rogers met then-Sara Joanna Byrd, he was studying at Rollins College in Florida to earn his degree in music composition in 1951. After graduation, he moved to New York to begin an assistant producer position at 30 Rock (aka NBC). Joanne was doing graduate work and playing piano at Florida State, but the two kept in touch via writing.

“He wrote me a letter,” Joanne remembered. “My last year at Florida State, he wrote me a letter proposing marriage.” This was prior to Mister Roger’s Neighborhood becoming a hit TV classic. They married in 1952 and remained together for 50 years until his death in 2003 of stomach cancer. Fred and Joanne are survived by their two sons, James and John.

Fred Rogers was the star of the children’s television show Mister Rogers’ Neighborhood, which originally aired from 1968 to 2001 with a total of 31 seasons and nearly 1,000 episodes produced in all. The acclaimed show encouraged the creativity and use of imagination in children. Both Mister Rogers’ Neighborhood and Fred Rogers won a slew of awards, including the Daytime Emmy Award for Outstanding Writing For A Children’s Series and the Daytime Emmy Award for Outstanding Performer in a Children’s or Pre-School Children’s Series.

What we know for sure is we miss Fred Rogers dearly and the revealed marriage proposal is absolutely adorable! Be sure to SHARE this article with a friend if you agree!

Click for next Article
Previous article: Celine Dion Celebrates Her Son’s 21st Birthday With A Throwback Photo
Next Post: Oliver Hudson Jokes He ‘Won’t Leave’ After Moving In With Goldie Hawn And Kurt Russell