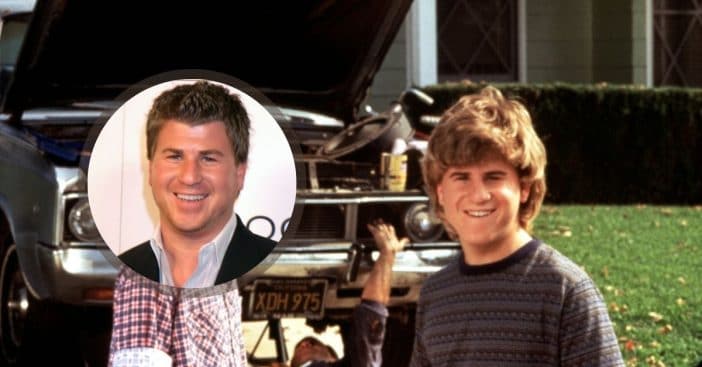 Fans know Jason Hervey as the tough-loving, hard-hitting, big brother in 1988’s The Wonder Years. Wayne is the middle child of the Arnold family and Hervey played the part perfectly. In fact, in an interview, Hervey revealed that he was once hit in the face by a fan because the fan had an annoying older brother, just like Wayne.

So whatever did happen to Jason Hervey after his years as a tough older brother? Let’s find out.

The Wonder Years led Jason Hervey to his guest appearance on the animated show Justice League Unlimited. In this, he provided the voice of the younger, passive brother of Savage, Don Hall/Dove. Savage, on the other hand, held the role of the older and aggressive brother. Hervey’s portrayal as the beta brother was opposite that of his character in The Wonder Years.

Later, Jason Hervey voiced Eddie McDowd on the Nickelodeon show 100 Deeds for Eddie McDowd. After this, the actor appeared in the 1993 adventure game Return to Zork as the troll king.

While Hervey didn’t do much acting after his Wayne Arnold, he remained in the entertainment industry for years. The actor produced various sports-themed videos and specials, some made-for-tv movies, and a tv series or two. Then, when ’80s nostalgia rocked the early 2000s, Hervey became a contributor to shows like I Love the ’80s and Hogan Knows Best.

Jason Hervey Gets Into Production and Game Development

After his time on The Wonder Years, Hervey obtained a position as an executive producer for World Championship Wrestling. The former actor held this position until the company’s closure in 2001. While working as exec producer, Hervey helped produce several sports and reality tv shows. Some of these include, I Want to Be a Hilton and Scott Baio Is 45…and Single.

In 2010, Jason Hervey joined Total Nonstop Action Wrestling where he co-created the show TNA Reaction. Then, in 2013, Hervey formed the gaming company MX Digital along with Eric Bischoff and Ike McFadden. The company specialized in celebrity-themed games. Some of these games featured David Hasselhoff, Hulk Hogan, and more.