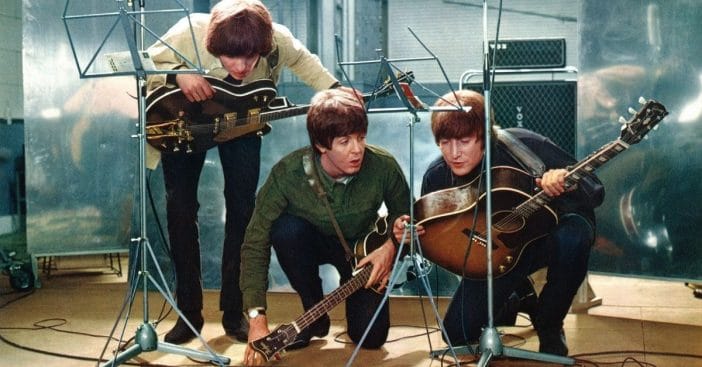 Making it to the top wasn’t exclusively about pumping out new hits and performing stellar concerts, even for the Beatles. It also came with some obligatory projects, stunts, and gigs that left something to be desired. One stood out to John Lennon for some time as simple “humiliation.”

In the years of the Beatles’ prominence, it was not uncommon for bands and artists to transcend not just genres but also mediums, participating in movies documenting their rise to fame – and sometimes collapse. Its with this approach Lennon took extreme issue.

Timing makes everything into nothing

The Beatles kept one foot in the music industry while also entering the film scene with A Hard Day’s Night (1964), Help! (1965), and Yellow Submarine (1968), among others. It was while filming Help! that the band started expanding their substance horizons, then-recently smoking marijuana with Bob Dylan, a habit that continued into the year.

“We were smoking marijuana for breakfast,” Lennon reflected in the novel All We Are Saying. “We were well into marijuana, and nobody could communicate with us because we were just glazed eyes, giggling all the time.” That put them in a mindset that might not have been the best for what Lennon would consider a major humiliation.

While filming Help!, young fans would come onto the set, chaperoned with their parents, and the Beatles would have to eagerly greet these eager fans, lest having the press ruin them, according to Far Out. Of the experience, Lennon expressed, “It was the most humiliating experience for me.” He went on, “Like sitting with the governor of the Bahamas because we were making Help! and being insulted by these f*ckin’ jumped-up middle-class b*tches and bastards who would be commenting on our work and our manners. And I was always drunk, like the typical-whatever it is-insulting them. I couldn’t take it. It hurt me so, I would go insane, swearing at them and whatever.”

Lennon concluded, “It was a f*ckin’ humiliation. One has to completely humiliate oneself to be what The Beatles were, and that’s what I resent. I did it, but I didn’t know. I didn’t foresee that, it just happened bit by bit till this complete craziness is surrounding you.” Does that change how you’ll see the movie, knowing what went through at least one member’s mind at the time? Is that a simple price for fame?

Click for next Article
Previous article: Elvis Presley’s Father Vernon Shares Why He Thinks Son’s Marriage To Priscilla Ended
Next Post: Married With Children Officially Ended After This Happened