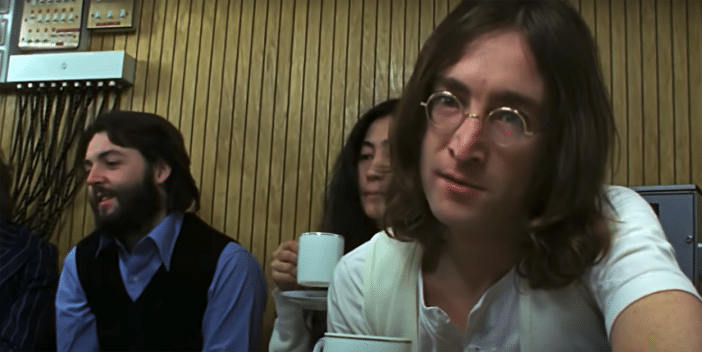 As the cliché goes, you can choose to look at a cup as being half-filled or half-empty. But when it came to The Beatles, and their filmed documentary Let It Be — released 50 years ago — optimism and hope were not words that came to mind. Instead, it was a big screen examination of the Fab Four disintegrating right before our eyes. But somehow, through the running time of the song “Get Back,” director Peter Jackson has already changed our view with footage (see the video below) from his new take on Let It Be, The Beatles: Get Back.

When the project was announced a couple of years ago, Jackson (who directed The Hobbit and Lord of the Rings trilogies) claimed that having access to dozens of hours of never-before-seen film footage and audio would allow him to capture The Beatles as they were at the time, very much a functioning band working together and having a good time doing so.

Changing View of The Beatles

Said Jackson, the film and audio “ensures the movie will be the ultimate ‘fly on the wall’ experience that Beatles fans have dreamt about. It’s like a time machine transports us back to 1969 and we get to sit in the studio watching these four friends make great music together. I’ve been privileged to be a fly on the wall while the greatest band of all time works, plays and creates masterpieces.”

Obviously, editing is in the eyes of the beholder, and with the proper cutting, you can present any sort of scenario that you’d like. But that being said, if the laughs and moments of playfulness weren’t there, Jackson wouldn’t have them to include. And what we’re getting in this footage — which, importantly, has been completely cleaned up, brightened, and digitized — is not the grainy, dreary version released in 1970, but, instead, feels like a whole new production with vibrant colors and terrific sound. Incredibly, as Paul McCartney sings lead vocal on “Get Back,” and we’re treated to a montage of this footage, it’s doubtful that if you’re any sort of fan of John, Paul, George, and Ringo, you won’t be smiling. And, more importantly, you will absolutely be anticipating this new version of The Beatles’ final chapter on August 27, 2021.