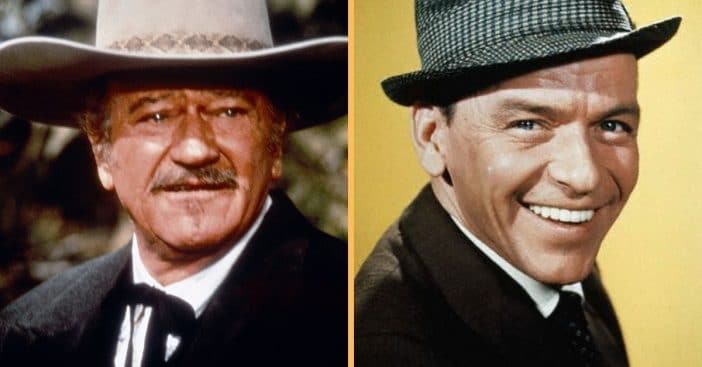 During his years in the limelight, John Wayne was famously conservative, so much so that he was the head of the Motion Picture Alliance for the Preservation of American Ideals from 1949 to 1953. It strived to fight off “fascists and communists” by protecting “the American way of life” in the media. Part of Wayne’s passions in this area would see him condemning both Frank Sinatra and JFK.

Wayne would be joined by Walt Disney, Ginger Rogers, and Ronald Reagan when he was an actor. They would also be asked to and could be counted on providing witnesses for the U.S. House Committee on Un-American Activities. Wayne would provide some colorful testimony.

Entertainers and artists who didn’t keep their craft or political voice in line would often be blacklisted and barred from work. That included screenwriter Albert Maltz, who served jail time after refusing to testify for the Congressional Un-American Activities Committee back in 1947.

By being blacklisted, he was supposed to be ostracized and kept from work. Such was almost the fate of even Lucille Ball, whose uncle was a famously vocal communist. However, Sinatra happened to like Maltz, whose documentary on Sinatra actually earned him an Academy Award. Because they’d been known acquaintances back then, reporters asked Wayne his insights on Sinatra hiring Maltz. That’s when the tables turned.

As far as Wayne was concerned, there was a conspiracy afoot. In response to questions, he fired back, “I don’t think my opinion is too important. Why don’t you ask Sinatra’s crony, who’s going to run our country for the next few years, what he thinks of it?” The crony in question is understood to have been President Kennedy.

Sinatra not only heard about Wayne’s answer, he confronted him about it. “Well, you cried. You blasted off your mouth,” he said. Wayne replied, “You mean the Maltz thing?” before Sinatra indicated he didn’t wish to speak of it, insisting, “Duke, we’re friends, and we’ll probably do pictures together. Let’s forget the whole thing.” In the end, Sinatra was forced to fire Maltz anyway.

The Red Scare would derail numerous careers in numerous areas, and the Motion Picture Alliance for the Preservation of American Ideals would gain an image for containing fascists themselves, as well as supporters of Jim Crow laws, antisemitism, and the like. Division defined those years, even among friends like Sinatra and Wayne.