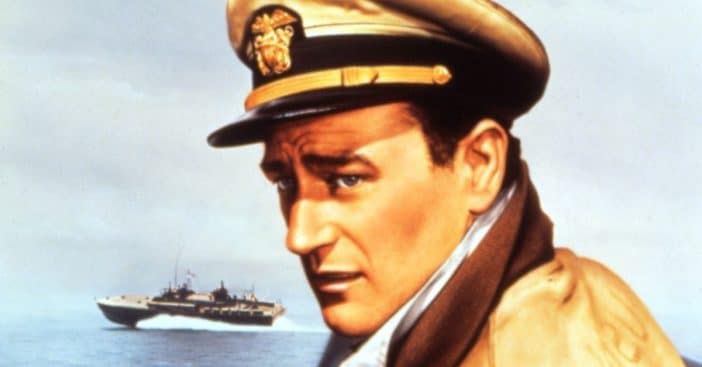 John Wayne loved being on the water when he wasn’t working. He owned a 136-foot Navy minesweeper that he turned into a home. John called it The Wild Goose and wild it was. He had tons of his celebrity friends on the boat and they sailed off to some pretty incredible locations.

For instance, Frank Sinatra, Dean Martin, Henry Fonda, John Ford, Sammy Davis Jr., and Tom Jones were all guests of John on his boat at one time or another. He also loved to take his family on trips. His son Ethan once said, “Where he really lived his life was on boats, or on the beach. When he got on the boat, he could let all that go.”

John and his family would often sail to Mexico or British Columbia. Ethan continued, “He took me with him because he knew once I became a teenager, I’d kind of leave him for a while. He said, ‘Boys leave when they’re teenagers. They don’t come back until they’re in their 30s. And I won’t be there for Ethan when he comes back, so I’m gonna take him with me now.’”

RELATED: The Time A U.S. Navy Veteran Met John Wayne During His Time At Sea

After John passed away in 1979, the boat was registered on the National Register of Historic Places and is now anchored in Newport Beach, California. You can even set sail on it for a dinner cruise!