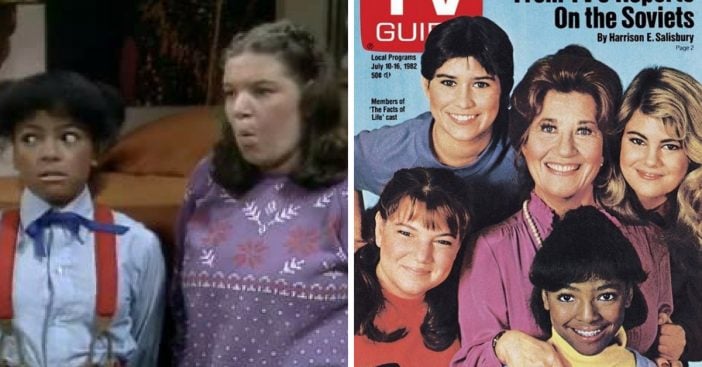 They met up for Charlotte’s memorial service after she passed away at 92. It was held at Hillside Memorial Park and Mortuary in Los Angeles. There were other Facts of Life co-stars there as well including Geri Jewell, Mackenzie Astin, Julie Piekarski, and the director John Bowab.

Kim and Mindy spoke at the ceremony, talking about Charlotte who played Mrs. Garrett on the show. After the ceremony, they called it a great send-off and said they couldn’t have gotten through it without each other. There are also plans for a service in New York City in October.

Mindy played Natalie Green and Kim played Tootie Ramsey have remained close since the show’s ending. Even though this meet-up was because of sad news, they had some time to share a few laughs and reminisce. They were last seen together in 2012 on Bravo’s Watch What Happens Live.

The Facts of Life was a spin-off of the show Diff’rent Strokes, which also starred Charlotte Rae as Edna Garrett. The Facts of Life focused on Mrs. Garrett as she became a housemother to a group of girls. Mindy and Kim played some of the girls she looked after. Losing her must have felt like losing a real mother.

Mindy Cohn is also known for being the voice of Velma in some of the Scooby Doo shows, and other movies and television shows. Kim Fields is also known for the show Living Single and several other shows and movies too. They both seem to have a decent career after their hit show, The Facts of Life. It appears they all kept in touch too.

What do you think of this Facts of Life reunion? Do you miss Charlotte Rae? Who was your favorite character on the show The Facts of Life?

If you enjoy reading about The Facts of Life crew, please SHARE this with your friends and family!

Previous article: A Mysterious Furry Sea Monster Washed Up On A Shore
Next Post: 9 Bizarre Things You May Not Know About Elvis Presley’s Graceland Property