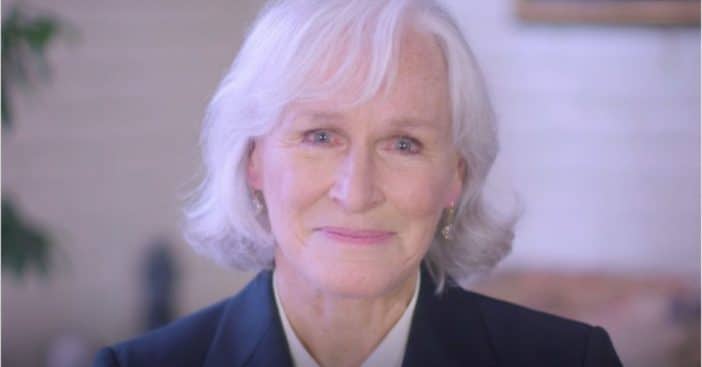 Multi-award-winning actress Glenn Close has 47 years of work to take pride in, as well as numerous accolades. However, before this ascent into fame, Close endured a troubling childhood essentially trapped in a cult that left her traumatized.

The movement in question was the Moral Re-Armament (MRA) and has often been deemed cult-like in its practices. Her exposure to this “international moral and spiritual movement” came when she was seven and her parents joined.

A close call with trauma and its lasting effects

Glenn Close reflects on her childhood of growing up in a cult.

"We never went on family vacations. We didn’t have a collective memory of stuff other than what we went through. It was really awful. We were so broken up." #TheMeYouCantSeehttps://t.co/lIewucV4ZD

Glenn Close actually broached the subject of ongoing trauma during an interview on the new Prince Harry and Oprah Winfrey AppleTV+ series The Me You Can’t See. “It’s astounding that something you go through at such a young stage in your life still has such a potential to be destructive,” she mused.

A post shared by The Real Glenn Close (@glennclose)

RELATED: Glenn Close Suggests It “Might Be Cool To Never” Win An Oscar After 7 Nominations

“I think that’s childhood trauma, because of the devastation, emotional and psychological, of the cult. I am psychologically traumatized,” she shared. After her parents – starting with her father William – joined the MRA, they moved from the family’s stone cottage in Greenwich, Connecticut to the MRA’s headquarters in Switzerland.

Life for Glenn Close within the cult-like MRA

“It was basically a cult,” Close divulged of life with the MRA. “Everyone spouted the same things, and there’s a lot of rules, a lot of control. Because of how we were raised, anything you thought you’d do for yourself was considered selfish. We never went on any vacations or had any collective memories of stuff other than what we went through, which was really awful.”

A post shared by The Real Glenn Close (@glennclose)

She attributes this upbringing directly with troubles she had in her adult life, including her three marriages and three divorces. “I have not been successful in my relationships and finding a permanent partner, and I’m sorry about that,” Close explained. “I think it’s our natural state to be connected like that. I don’t think you ever change your trigger points, but at least you can be aware of them, and at least you can maybe avoid situations that might make you vulnerable, especially in relationships.” In conclusion, Close added jokingly, “It’s probably why we all have our dogs!”

Click for next Article
Previous article: Quincy Jones Wouldn’t Work With Elvis Presley Because He Was “A Racist”
Next Post: Lucille Ball Had A Scandalous Past Of Nude Photos, Prostitution, And Hardship